With some celebrity couples, you just look at them and think, “Would you just get back together already?” Justin Bieber and Selena Gomez are one such couple, and here’s why. 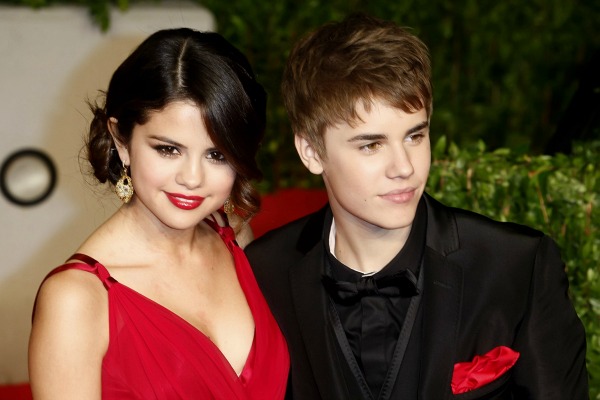 On Wednesday night, Selena Gomez got teary-eyed while performing “Love Will Remember” in concert, but before she did she told her legion of adoring fans, “Everyone in this room, I have those bad days. And I understand when you guys just don’t feel like it’s enough and you just want to get back to when you were a kid again, and it was so simple, and just one thing that you want.” So what is it Gomez wants? To be a kid again? Or to be a kid again with Justin Bieber?

Selena Gomez reveals the real reason she cried on stage >>

She explained through Instagram why she got emotional. “Never ended such a beautiful show in tears because they wouldn’t allow me to Instagram tonight. Completely heartbroken and pissed.” Whaaa? That doesn’t make any sense. Who tears up because they can’t Instagram? That sounds made up. We suspect Gomez got emotional because she was thinking of the Biebs while singing “Love Will Remember.” If she did get emotional because she was grounded from Instagram for the night, her coping skills need serious work.

Exchange of the love ballads

Each of these little heartbroken heartbreakers busted out love ballads post-breakup. Gomez’s “Love Will Remember” starts out with a voicemail left by JB calling Gomez “the love of his life.” The lyrics go on to say, “Forever will forever be ours, even if we try to forget, love will remember.” While Gomez’s ode to heartbreak sounds a bit like a diary entry of a lovesick teen, Bieber was more aggressive in his post-breakup message. His new song “Heartbreaker” includes the lyrics, “Girl you say that you don’t wanna talk but it’s cool. I’ve been thinking ’bout you all day long, hoping you’ll pick up the phone. Girl, I know that I don’t wanna lose your love.” Gomez told Kiss 98.5 in Buffalo, New York, “Honestly, I think it’s beautiful music, especially since he is super talented, able to use it and interpret feeling through music.” This is getting ridiculous. Just take each other (and us) out of our collective misery and get back together!

Exclusive: Selena Gomez’s terms for taking back the Biebs >> 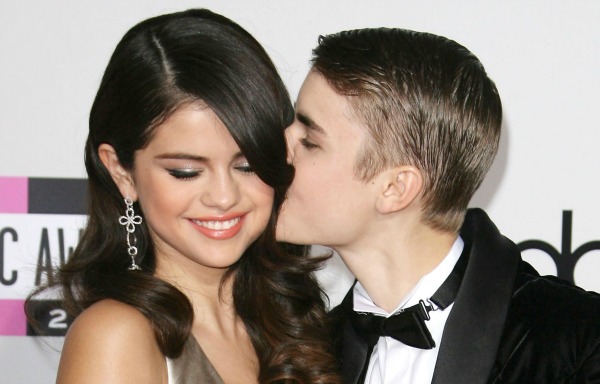 Let’s face it. That saying, “Behind every good man is a good woman” exists for a reason. In the Biebs case, Gomez’s presence seemed to keep him grounded and maybe the relationship gave his life a sense of normalcy that is it so sadly lacking. There was no spitting on people and peeing in buckets when these two were together. Gomez hasn’t had the public embarrassments that JB has had, but she’s had her share of emotional moments. There comes a point in every couple’s life where they have to look at how messed up their lives are together versus how messed up they are apart and go with the better option.

If ever a couple had a common ground it is these two young’uns. How many child stars have we watched spiral out of control through tabloid headlines because they crumbled under extreme fame at a young age? With these two superstars, there isn’t any, “You don’t know what I’m talking about,” or “It’s hard to explain.” They both get it. Nothing will bond a couple faster than being in the same life boat together, facing identical challenges. 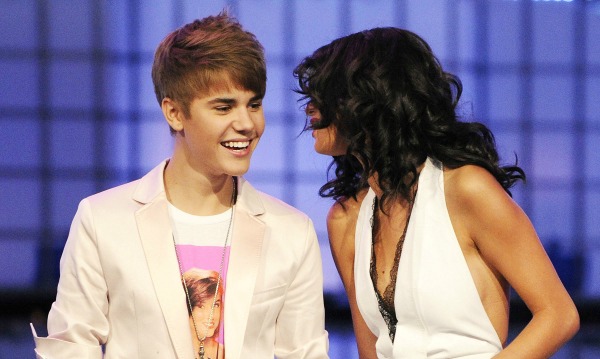 Ah, first love. There is nothing like it, and if we’re all honest, no one ever really gets over it. The one you fell for first will haunt your dreams and relationships on some level for the rest of your life. People can say what they want about people being too young to be together — that can be a cop out for bad behavior. If you can be with your first love, you really should. And since these two probably get whatever else they want in life, why should this be any different?