It has been a long time coming but Kristen Bell and Dax Shepard have finally tied the knot in a low-key court ceremony. 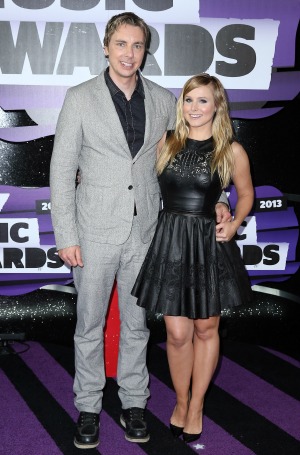 Kristen Bell and Dax Shepard have finally tied the knot and a very big congratulations is in order for the happy couple.

It has been a long time coming, after being engaged for almost four years. The pair are already parents to a beautiful 7-month-old girl, Lincoln.

However, it wasn’t a lavish ceremony as seen with most Hollywood couples. Bell and Shepard kept their nuptials low key, when they married yesterday at the Beverly Hills County Clerk’s Office.

According to reports by TMZ, the couple had not gone to the courthouse with the intention of getting married. They had gone to court just to get a marriage license, but clearly got caught up in the moment and made their relationship official, right there and then.

There may have been no frills involved, but it’s still a momentous occasion for the House of Lies actress and the Hit and Run actor, and according to TMZ, Bell even shed a few tears.

The pair have strong political views when it comes to marriage and were determined not to tie the knot until gay marriage bans were overturned, which have luckily became legal in California earlier this year.

This low-key ceremony appears to be exactly what the couple had wanted, because the Veronica Mars actress had previously told E! Online that she had no intention of having a lavish ceremony.

“We’re not having a wedding; it’s not a desire of either of ours to have any sort of day of celebration for us. I feel like we get enough attention in our daily lives and we just want something sort of private that involves pen and paper.”