Reign’s premiere bites its thumb at the critics… and historical accuracy. For that reason: I approve. Spoilers ahead! 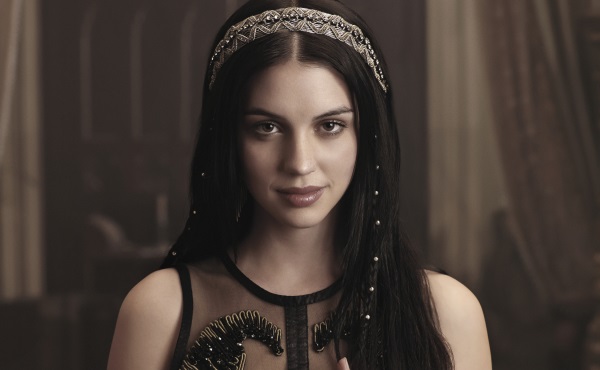 The amount of uppity reviews of Reign currently circulating the internet is just downright lunacy. Is Reign historically accurate? No. Is it the highest quality show on television? Also, no. But, is it sexy, entertaining and everything you’d expect from a “period piece” from The CW? Yes! And for that, I think it’s pretty freaking fantastic.

Reign EP talks about breaking away from history >>

The premise is simple enough. Mary Queen of Scots has been at a convent since the age of 16 but is finally sent to France to return to former childhood friend and future husband, Francis (Toby Regbo). When she gets there, though, she finds Francis is involved with another girl and, honestly, isn’t 100 percent sure he wants to marry the beautiful Mary (Adelaide Kane). After all, what good is an alliance with Scotland? (Clearly he’s never seen Braveheart, am I right?) Making matter worse for Mary, Francis’ mother, Anne of Green Gables Queen Catherine (Megan Follows), henceforth known as “The Queen of Green Gables,” is out to get her. Why? Because the incredibly hot Nostradamus has told her that Mary will be Francis’ ruin. Obviously.

Mary has two things going for her, though. One, Francis’ half-brother Bash (Torrance Coombs) is pretty cute and seems to have taken an interest in her. (Though, there’s definitely something fishy going on with him and it involves the woods… and blood dripping from the trees.) Two, some random ghost-girl who is trying to keep Mary alive.

Yes. Yes, I did. Mary’s ladies-in-waiting are okay, but they’re hardly her besties. It seems her only real friend is a so-far-nameless ghost. First, when Mary loses some stones she was collecting for Francis, the ghost gathers them back up and deposits them on her dresser. Next, the ghost warns Mary not to drink the wine at the night’s wedding ceremony. That was good advice as that wine had a sleeping agent in it. The Queen of Green Gables was trying to knock out Mary so that her lady-in-waiting Lulu’s boyfriend could rape her and ruin Mary’s chances of marrying Francis. The ghost’s advice saved Mary, though, so she woke when her potential rapist climbed into bed with her. Sadly, the potential rapist was executed before Mary could save him (she knew he was forced to do it, though she’s not entirely sure by who). That leaves Lulu (Anna Popplewell) pre-tty pissed. Rightly so, I guess. But, the whole thing was just a little too dramatic, on Lulu’s end.

Also, the ladies-in-waiting all have incredibly distracting names. I know I just said that the historical inaccuracies didn’t bother me, but Lulu, Kenna, Greer and Aylee? Really? While I suppose that’s better than calling them Mary, Marie, Katherine and Anne, it was a little eye roll-worthy. Nothing unforgivable, though.

Earlier this week there was quite the commotion over the fact that a major scene had been cut from the version press saw in the spring. That scene? Oh, you know, just where all the various ladies-in-waiting roam off to various parts of the castle to masturbate after watching Francis’ sister consummate her marriage. It’s cut down considerably, but it’s still a slightly-less nude version of something you’d have seen on The Tudors. The ridiculously named Kenna scurries off into a dark hallway and you see her tugging up her dress. There’s a little bit of squirming followed by King Henry slipping up behind her, grabbing her hand and being oh-so-kind as to offer her an assist. For roughly half a second, Kenna is respectful and apologetic and then the two are makin’ out like nobody’s business. In a dimly lit hallway. Directly after a massive wedding. With guests still roaming the castle. Kenna is one classy broad.

Why? It’s hard to say. I guess you could blame it on the fact that most girls like frilly dresses. But, it might also be more than that. While they certainly overused it, I liked hearing The Lumineers’ “Scotland” play over certain scenes. It cast a real A Knight Tale-vibe to the episode. Meanwhile, the scene of all the girls putting on their make-up and getting ready, along with the slightly Bohemian styles of the girls when they disembark from their carriage, reminded me of Sofia Coppola’s Marie Antoinette, except with a duller color palate.

Don’t lose your head! For more television news and reviews, sign up for our newsletter >>

My only problem with Reign thus far isn’t the show, but its critics. Whoever decided to take Reign seriously clearly has no idea WTF The CW is about. Nothing on The CW is aimed at anyone who would genuinely appreciate an historically accurate representation of Mary’s life. The people who want that can go to the History channel or read a book. Reign is made for The CW’s audience and it’s my opinion (as a member of their audience and key demographic) that it’s an excellent show that should, hopefully, do well on the network. I’m excited to see where the season goes!

And to all the critics: Your mother was a hamster and your father smelt of elderberries. Now, go away or I shall taunt you, again.