Ricky Schroder acted like any concerned parent would after his daughter’s school campus suffered from a scary cancer outbreak. 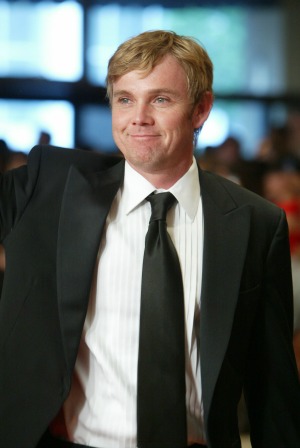 Here’s a story that would scare any parent. Ricky Schroder has yanked one of his daughters out of her Malibu, California, middle school due to a cancer outbreak.

According to TMZ, Malibu High School is currently being tested for lead, pesticides and Polychlorinated Biphenyl or PCBs after three teachers have been diagnosed with thyroid cancer in the last six months. In addition, seven other staff members have had other symptoms including skin rashes, hair loss and severe migraines.

Michael Douglas: I lied about having throat cancer >>

The NYPD Blue actor told the gossip site that he took his youngest daughter, Faith, out of school “as an abundance of caution” until school officials deem the area safe. The middle school and the high school share the same campus in Malibu.

He’s not the only parent to remove their child from the school. Reportedly, 25 percent of the students in Schroder’s daughter’s class are doing homeschooling.

The school system has been conducting tests, but nothing has been conclusive. A statement from school officials said initial tests showed “no unusual findings” for mold contamination. Further tests will continue, but school is in session for those kids who haven’t been pulled out by their parents. Classrooms are being moved around while the suspected buildings are being tested.

Schroder, who most recently appeared in Hallmark Movie Channel’s Our Wild Hearts, has four children with wife, Andrea. He has two boys, Holden, 21, and Luke, 20 and two girls, Cambrie, 16, and Faith, 12.