Don’t start crying yet. We still have the rest of this season and all of next year before we must say good-bye to our favorite members of the Glee club. 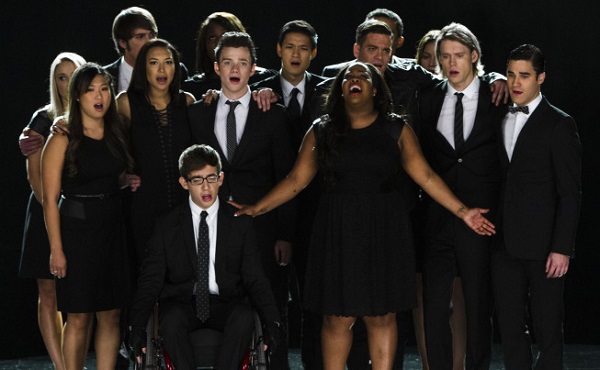 More bad news for Glee fans has surfaced today: The show will end after next season.

Glee‘s co-creator, Ryan Murphy, made the shocking announcement last night during an event at the Paley Center. He even admitted that his once pre-planned ending had to be completely overhauled after the death of star Cory Monteith.

“The final year of the show, which will be next year, was designed around Rachel and Cory/Finn’s story. I always knew that, I always knew how it would end,” Murphy told TVLine. ”I knew what the last shot was, he was in it. I knew what the last line was, she said it to him. So when a tragedy like that happens you sort of have to pause and figure out what you want to do, so we’re figuring that out now.”

The news of Glee‘s finale has been answered with silence from Fox, leaving many to believe that the network was just as shocked by the news as fans. Glee is one of Fox’s most established and well-loved shows. However, the show’s numbers have been in a steady decline since the third season premiered. Perhaps it’s time to move on. Only several weeks prior to Monteith’s death, the network had announced a double renewal. Their lack of comment on Murphy’s announcement makes us wonder if he might be in for a fight to have the show end when and how he wanted it versus when Fox wants it. (Of course, as many people have already pointed out, a spin-off could always be a possibility as well.)

Glee said a tear-soaked “good-bye” to their friend Finn (played by the departed Monteith) just last week. The episode earned them 7.4 million viewers, a considerable spike over their latest numbers. While we would have loved to see the ending Murphy had planned, that obviously had to change. Where will it end now? It sounds like we’ll find out soon enough.