On Thursday, Michael Bay set off for his first day of filming for Transformers 4 in Hong Kong. What followed was a bizarre scene right out of one of his movies. 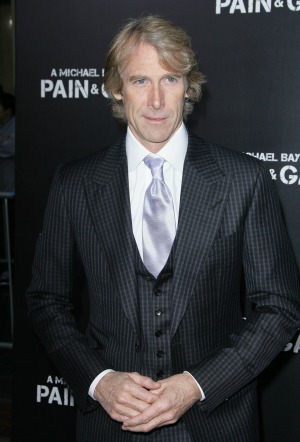 What should have been a normal day on set turned into a nightmare for director Michael Bay on Thursday. He was in Hong Kong shooting the latest installation of the Transformers franchise when he was reportedly attacked.

According to Reuters, two brothers approached the director and demanded that he give them $13,000. Then the older brother attacked Bay and the local police who tried to break up the fight.

As a result, both siblings were arrested, the eldest for assault and the youngest for blackmail.

However, the bizarre incident played out differently according to the 48-year-old producer who recounted the event on his blog.

He wrote, “Yes, the story is [sic] being passed around is not all true! Yes, some drugged up guys were being belligerent a**es to my crew for hours in the morning of our first shoot day in Hong Kong. One guy rolled metal carts into some of my actors trying to shake us down for thousands of dollars to not play his loud music or hit us with bricks.”

Bay mentioned that the vendors in the area were all paid money because the shoot interrupted their sales day. It seems that not everyone was happy with the film crew’s presence.

“Every vendor where we shot got paid a fair price for our inconvenience, but he wanted four times that amount. I personally told this man and his friends to forget it we were not going to let him extort us. He didn’t like that answer,” he blogged. “So an hour later he came by my crew as we were shooting, carrying a long air conditioner unit. He walked right up to me and tried to smack my face, but I ducked threw the air unit on the floor and pushed him away. That’s when the security jumped on him. But it took seven big guys to subdue him.”

The story didn’t end there, though — what followed was like a scene right out of one of Bay’s movies.

He continued, “Then it took fifteen Hong Kong cops in riot gear to deal with these punks. In all, four guys were arrested for assaulting the officers.”

While some reports have Bay suffering from injuries on the right side of his face, his rep told the New York Times that he was not injured.

The good news is that once the arrests were made, the cast and crew got back to business.

Let’s hope Transformers 4 is this exciting on the big screen.