MTV host 10 on Top Lenay Dunn fills us in on five songs that seemingly slipped under the radar this year. So without further ado, the five most underrated songs of 2013. 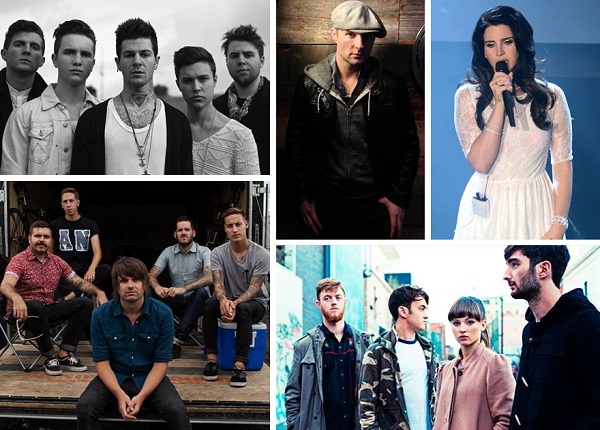 So. Lately I’ve gotten into the awesome habit of “Shazaming” everything, everywhere. For those of you who don’t know what Shazam is, it’s a phone app that recognizes what song is playing around you when you push a button and then it can link you to iTunes to buy it! Restaurants, clubs, elevators, friends’ cars — you can find me waving my phone over my head as if that will help my phone hear the song better! Side note: It probably doesn’t. But it does make me look awesome.

In doing so, I’ve discovered so many great new songs — songs I probably wouldn’t have otherwise heard. I have to admit, a few times I look back and wonder what I was thinking when I Shazamed certain songs, but that’s kind of like some ex-boyfriends, too. Just seemed like a great idea in the moment, but then you look back like Whaa..? Anyway, a few of the most underrated song gems I found while Shazaming this year are as follows, including where I was when I found them.

Song: “Your Touch” by Blake Lewis

Location: Watching TV at home. It was the song on the Internet Explorer 10 commercial.

Location: Super-random but I actually Shazamed their song from my own show 10 on Top on MTV! We featured them as an artist to watch and played a few seconds of the song, which I Shazamed during a screening.

Location: I don’t remember when or where I Shazamed this, but super-happy I did.

Song: “Sweater Weather” by The Neighbourhood

Location: At a restaurant with my friends. It took like three attempts for my phone to read it since it was loud, and I was nervous I would miss it, so I was waving my phone in the air like a madwoman. Sometimes I get emotional if I don’t Shazam a song in time — then I feel like it’s lost forever. Should have stood on my chair!

The Neighbourhood and other bands to check out at SXSW >>

Location: In a movie theater in Tennessee, watching The Great Gatsby. It’s on the soundtrack.

50 Most shocking celebrity tweets of 2013
The best plastic surgeries of 2013
Celebrity deaths 2013: Looking back, saying goodbye