Want a song that describes how the guy you want is not the guy you’re dating? It’s all kinds of wrong, but Akon sings it just so right with his latest single that was released Thursday. 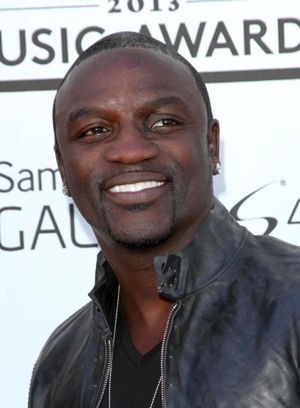 Vibe says it could change Akon’s track record of failing to produce a hit (in a while).

“So Blue” is it. As in, Akon will be getting warm and cozy at your neighborhood’s overplayed station playlist shortly.

It’s not reinventing a theme or a story. It’s a tale as old as Akon is. (I’m not serious about him being old, he’s just 40.)

It’s a boy wants girl. Girl sounds like she wants boy. Girl is considered “taken” and is meanwhile dating useless man. It’s Romeo pre-courage, when he can only pine for Juliet from afar.

How do you stay up to date? By signing up for our newsletter >>

How sweet. It’s overplayed, but not particularly surprising, granted Akon is more known for his unique vocal delivery, not a profound message.

After all, he is the genius that coined alongside Snoop Lion, “I Wanna Love/F*** You.” (And to his credit, it was sweet audio honey.)

Frankly, I’ve missed his voice and I know you have to. It’s the same reason why you clicked on this review. You’re curious to see if Akon falls short, because you just want another hit from this talented, likable artist.

He just kept missing his mark in the past, and most of the songs we’ve heard in the past couple of years were “shruggable” at best. But this Senegalese R&B star is on track for a comeback.

Akon was on fire this summer, or at least one of his songs was >>

“So Blue” is off his fourth studio album, Stadium. Akon is clearly trying to win fans over and this could be the big break he’s been looking for. Let’s hope he hits this single out of the park, shall we?