Ronan Farrow joins Alec Baldwin as the latest Hollywood star to be given his own show on MSNBC. The famous son is more than qualified for the task. 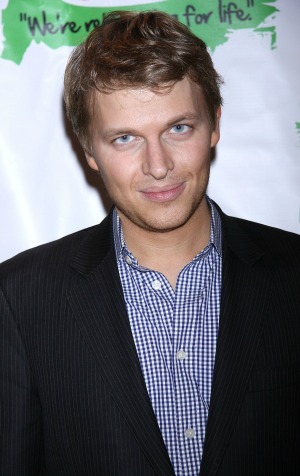 Ronan Farrow has been in the news recently, but the famous son is fighting to make his own way. He’s the latest Hollywood star to be given his own show on MSNBC.

Farrow is no stranger to politics. He previously worked in the Obama administration as a foreign policy official. According to MSNBC President Phil Griffin, Farrow’s show will revolve around his activism, and will discuss both the current state of government and TV news.

“I think what people crave is more involvement in the story,” Farrow told The Hollywood Reporter. “There has been a democratization of information. But what they still crave, and what I crave as a TV viewer, is a guide on how people can have agency in the story. And this show is all about empowering people to do that. People want a return to real democracy. They want to respond to these events [in Washington] that there is so much frustration about.”

The announcement of Farrow’s new show doesn’t come as much of a surprise; he’s apparently been in talks with the network since at least last summer.

“Within 20 minutes I just knew that he had a certain presence and confidence,” Griffin said. “He knew what he wanted to say. I just had a sense that the guy could do it. Whatever that thing is that enables people to communicate really well, he had it. We’re always trying evolve the message here and how to get ideas across. And he was an original thinker. And that’s the most important thing.”

Farrow joins Alec Baldwin on the MSNBC staff. The 30 Rock actor also just landed his own show on the network.

Woody Allen’s shame: Not a “great movie” in the lot >>

Farrow recently became the center of speculation that he may be Frank Sinatra‘s son. His mom Mia Farrow appeared in Vanity Fair and said her son could “possibly” also be the famous singer’s son. It has long been assumed he was the son of Woody Allen.

Ronan Farrow tweeted shortly after the interview came out.

“It’s a story that’s been out there for a long time,” he told THR. “If anything I was surprised to see it go so far this time. Of course it is an annoyance to have such a high-profile distraction from the substance of what I’m working on; a very meaningful project like this TV show that I think can actually make a difference to people.”