Timbaland’s wife of five years, Monique Mosley, has hit him with a divorce and she has some very expensive demands. 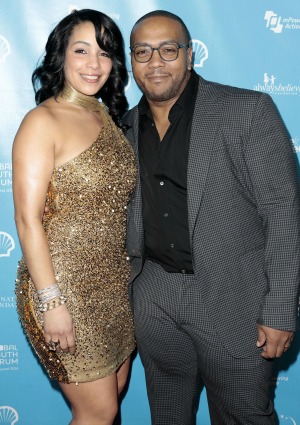 More broken hearts in Hollywood as Timbaland’s marriage of five years is swiftly coming to an end.

Timbaland, whose real name is Timothy Mosley, has found himself on the receiving end of a divorce from his wife Monique Mosley and it is being reported that the situation could turn very nasty between the former couple.

Monique has filed for divorce from the music mogul and she doesn’t plan to go anywhere empty-handed.

TMZ managed to get its hands on the legal documents, which indicate that Monique is requesting child support, summer camp money and private schooling for the couple’s 5-year-old daughter Reign and her 10-year-old child that she had during a previous relationship.

Mosley doesn’t believe this is an unfair request, because according to TMZ, Timbaland has “publicly and privately proclaimed this child as his own.”

“The Way I Are” hit-maker’s estranged spouse’s demands have not ended there — she would also like life insurance, alimony and some extra cash to take vacations.

The “What Goes Around… Comes Around” producer is not short on cash, though; he is reportedly worth $80 million and has established himself as one of the biggest names in the music business, with multiple collaborations that include Jay Z, Missy Elliott, Nelly Furtado and Justin Timberlake.

On the other hand Monique claims that she has absolutely no money without Timbaland and even had to borrow money from a friend for her lawyer and legal bills, so she would also like Timbaland to continue supporting her before their divorce is finalized.