Zac Efron’s gone from the dramatic Parkland to a comedy called That Awkward Moment. It’s a light-hearted romp that shows the former teen star as a naughty adult. 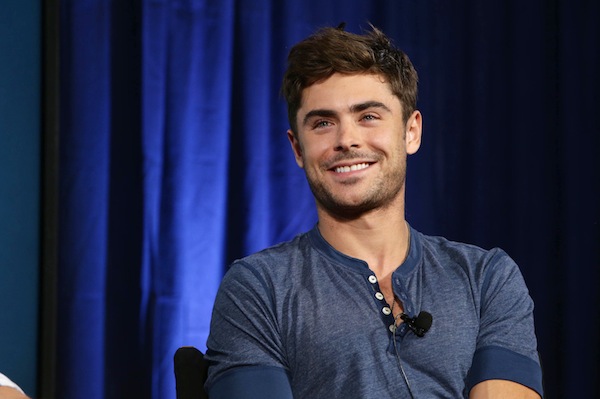 Remember that awkward moment when Zac Efron took Viagra? Yeah, we don’t either. But it’s one of many strange occurrences in his latest film. Efron definitely isn’t a kid anymore as he headlines this R-rated comedy.

That Awkward Moment is a twist on the traditional rom-com. Instead of focusing on three women and their dating lives, it centers on three men. Efron, Miles Teller and Michael B. Jordan play best friends/roommates who are at a pivotal point in their relationships.

The title refers to that moment when two people have to decide the fate of their relationship. Will they continue to casually date or should they become something more? Each character deals with this challenge in a different way. Lucky for us, they make the decision more difficult than it has to be. Hilarity ensues.

Focus Features has released a red band trailer that shows off its risqué material. This footage is NSFW. It shows Efron and his pals doing what most young men do: dating, drinking and taking Viagra. OK, that last one is pushing it but it does happen.

That Awkward Moment is written and directed by Tom Gormican and co-stars Imogen Poots, Jessica Lucas and Emily Meade. The film opens in theaters Jan. 31.

Are you interested in seeing Zac Efron in That Awkward Moment?