Bridget Jones is back! Helen Fielding’s next installment, Mad About The Boy, is like catching up with an old friend. Here are some literary characters who would likely become best friends with Miss Jones. 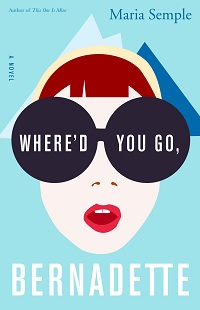 Bernadette Fox, heroine of Maria Semple’s Where’d You Go, Bernadette seems like a brilliant best friend for our girl. They’re both continually under siege from various wildlife — Bernadette from the “gnats” at her daughter’s school, Bridget from the “jellyfish” in social situations — one minute all lovely, the next saying they thought she was a few years older than Shazzer. Together, Bernadette and Bridget would hire a virtual assistant and a blackberry abatement specialist and giddily they’d head off to Antarctica, wearing huge sunglasses and little skirts.

Piper Kerman from Orange Is the New Black 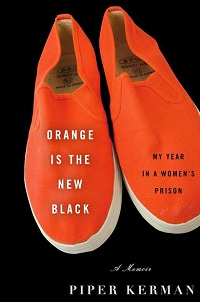 Piper Kerman, who wrote the memoir Orange is the New Black, could also be Bridget’s kindred spirit/prison wife. They’ve both done time: Piper in the infamous women’s correctional facility in Danbury, Connecticut, after her dip in the world of drug trafficking, and Bridget in a Thai prison after she accidentally smuggled cocaine given to Shazzer. Bridget could teach Piper “Like A Virgin” and Piper could teach Bridget how to make Prison Cheesecake out of Laughing Cow and Coffee-Mate.

Nate Piven from The Love Affairs of Nathaniel P. 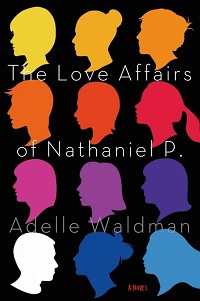 I’m a little worried about it, but I think Bridget could potentially fall into a brief dalliance with Nate Piven from Adelle Waldman’s The Love Affairs of Nathaniel P. This would clearly be a toxic relationship where Nate would silently judge Bridget’s scary knickers and wobbly bits and Bridget would fall victim to his emotional f***wittage. Inevitably, Nate would drag Bridget along to a book-launch party where Bridget would come dressed in a bunny costume only to realize all the Brooklyn hipsters were in skinny jeans, and she would dump him and flee back to London where real men wear Christmas jumpers.

We still have four more to go… Read the full list on Bookish.com!