When the Jonas Brothers canceled their concert tour, they claimed it was because of disagreements on the band’s direction. But a new report now claims that Joe Jonas has been struggling with a drug problem for some time. 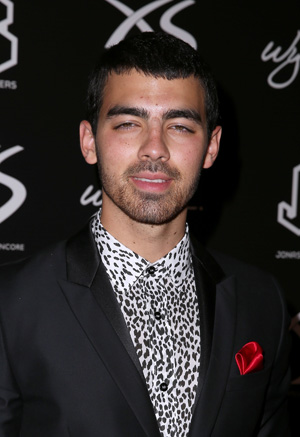 Fans all over were disappointed when the Jonas Brothers canceled their concert tour just two days before it was to kick off. At the time, the boy band claimed it was due to the different ideas each brother had for the band’s direction. However, sources are now claiming that the real reason for nixing the tour is because of Joe Jonas‘ drug problem.

An insider claims that Jonas has had a drug problem for a while and it has affected the band deeply. “He’s been dealing with substance abuse issues for quite some time,” the source told Star magazine adding that friends and family have pleaded with him to get help.

Jonas Brothers: Gay rumors come with being in a boy band >>

Given Jonas’ state, the source also said that “the tour would have never survived with how Joe was behaving.”

Meanwhile, Jonas’ rep has denied the drug accusations and said, “There is no truth or validity to the story. It is completely false.”

With the wholesome reputation that the three brothers — Kevin, 25, Joe, 24 and Nick, 21 — have managed to maintain it’s hard to believe a drug problem would have arisen within the band. However, recent reports of a supposed sex tape between Jonas and his girlfriend, Blanda Eggenschwiler, threatened the credibility of the Jonas Brothers’ famous “no sex until marriage” stance, although the claims were mostly dismissed.

Other sources told Star that if they paid more attention to the sex tape story they may have discovered Jonas’ deterioration with drugs.

For now, the Jonas brothers are not concerned with the band’s tour and just want to focus on getting him better and off drugs, another source told the magazine.

“They just want to see their brother healthy,” said the source. “They’ve had discussions with Joe about their fears for him and the importance of getting help.”

Luckily, that may not be too hard to accomplish. Jonas was recently photographed with Mike Bayer, a specialist who deals with drug addiction and who, incidentally, is the same person who worked with Demi Lovato and her issues.

Hopefully this means he’s getting all the help he needs if he has, indeed, fallen victim to drug addiction.