The film — set in modern-day London — is a feel-good love story about living and loving life. But most of all, it’s about valuing time in each of the relationships you have. 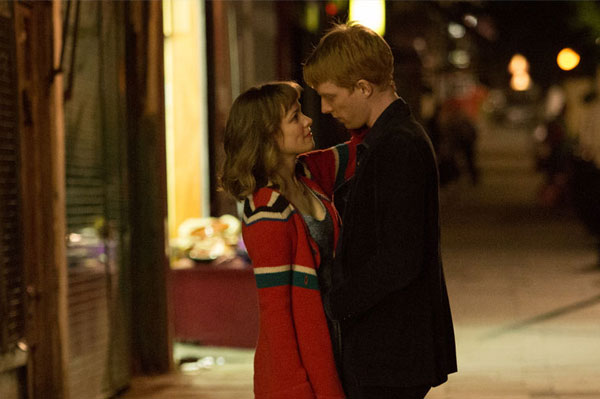 Let’s face it — if this movie doesn’t make you believe in love, what will?

About Time, opening nationwide Nov. 8, depicts a story of two individuals who fall in love by chance after meeting during an evening out to dinner with friends. There is natural chemistry between diners Mary (Rachel McAdams) and Tim (Domhnall Gleeson), leading to a face-to-face meeting after diner. A little traveling through time, and the rest is history.

Up until his encounter, Tim had been seeking love but was unsuccessful. What we can learn from Tim is that there’s always someone out there who feels the same way for you as you do for them, so don’t get hung up on the rejections.

We can’t solve all the problems in life

Take Tim, for example. Once he discovered he could simply run into a dark closet, clench his fists and — poof! — relive time, he was determined to use his superpower to create a better future for those around him. That is, until life handed him bigger problems — like a younger sister dealing with depression and alcohol abuse. His superpower may have worked for life’s small bumps, but Tim realized that it couldn’t solve life’s bigger problems, and he was forced to turn to other solutions to help make a better future for his sister.

Living in the past won’t move you forward

This romantic comedy, created by Oscar-nominated screenwriter and director Richard Curtis, isn’t all butterflies and hearts. Throughout the film, we watch each character go through ups and downs. One example is Tim’s younger sister Kit Kat (Lydia Wilson) — from the start, we watch how her carefree spirit leads her through a downward spiral failed jobs and depression. Kit Kat slowly realizes that her broken relationship is holding her back, and that eventually allows her to let go of her past and move forward.

Love and relationships are what you make of them

Life moves pretty fast. If you don’t stop and look around once in a while, you’ll miss it. About Time is not your ordinary feel-good movie. It revolves around life, love and balancing everything in between.

Throughout his life, Tim has been able to manipulate situations, relive them and make them better — including those involving his family. That is, until something unexpected happens preventing Tim from going back in time and reliving family moments without changing the future forever.

What we learn from Tim is that it’s not about changing the past but appreciating the future. By the end of the film, Tim is no longer using his powers and is making the most of each of his relationships — including those with family, his wife Mary and his kids.

For more life lessons, check out About Time‘s Pinterest board on living in the moment.