Britney Spears may be gearing up for a two-year residency in Vegas, but it seems all the pop princess has on her mind is babies and marriage. 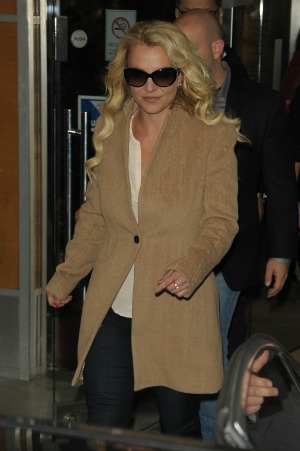 Britney Spears is the mother of two lovely little boys, who she shares with her ex-husband Kevin Federline.

Spear’s oldest son, Sean Preston is 8 years old and her youngest, Jayden James, is 7. However, it appears the pop star is not done wanting babies just yet.

The “Work B****” hit-maker, has just revealed to Germany’s RTL network yesterday how much she would like to settle down and add to her little family.

“I’d like to have more kids, settle down… have kids, maybe twins, and get married. That would be nice.”

This is not the first time the Femme Fatale singer has hinted at wanting more children. After paying a visit to Mario Lopez on the Extra set, Spears may have revealed that she would love a baby girl.

Lopez told the “Toxic” singer, “I have a girl. I’m very jealous ’cause you have boys.”

To which the pop singer replied, “Awww! I want a girl.”

Lopez excitedly took the opportunity to probe for further comment, asking, “Oh, you do want a girl! So later on, maybe a little girl?”

The answer was a simple, “Yes.”

And Spears hasn’t given up on marriage just yet either and would like to walk down the aisle for the third time. This time, will it be with her current beau, Dave Lucado?

Good things may be happening in the future for the pop princess, but for now she has to concentrate on her two-year-long, Piece of Me residency at the Planet Hollywood in Las Vegas, which is due to begin at the end of the year and selling out fast.