Lea Michele has been emotional since the death of her boyfriend. However, she may have found happiness again in her new companion, a little dog named Pearl. 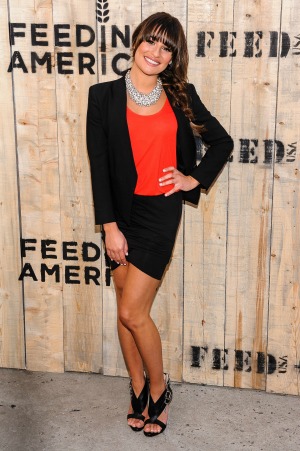 The past few months of Lea Michele‘s life have not been easy, following the death of her boyfriend and co-star Cory Monteith.

However, the Glee actress has been trying to remain positive and may have found love again, in the form of a very adorable little dog.

It has been three months since Monteith’s tragic death from an overdose of alcohol and heroin in July. While her love is never far from her mind, we are pleased to see Michele has found happiness in her new companion.

The brunette beauty proudly introduced the new addition to her family via Twitter on Tuesday.

The Broadway actress posted an adorable picture of the little pooch named Pearl, with a caption reading,  “Today I would like to introduce you to Pearl, She’s 8 years old and is my new little love…Welcome Pearl!”

The Glee star will never forget her boyfriend, but in addition to the distraction of her new dog, she also has been working hard on the new season of Glee and even has a forthcoming solo album to look forward to.

The singer-actress certainly has some serious pipes on her and we expect her album will be fantastic and fresh. Michele shared a sneak peak of her behind-the-scenes shoot on Twitter on Sunday and she’s looking more beautiful than ever.

Michele tweeted, “So excited because today I’m shooting the cover for my album! Working with the amazing photographer Peggy Sirota! ?#Album.”

What do you think of Michele’s new addition? Any suggestions for her next pet?