A man who tried to rush Buckingham Palace with a knife revealed his reason for the attack — and it’s all over some pounds. 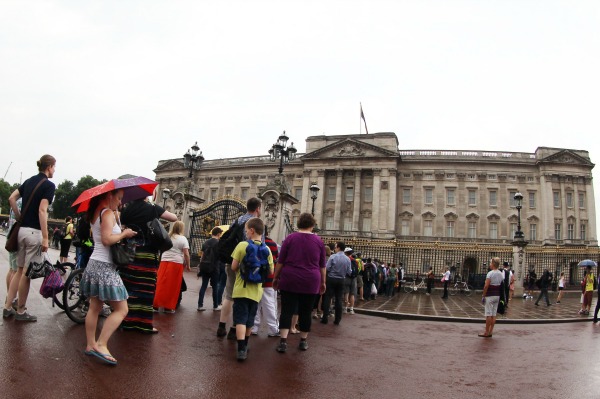 A man arrested for trying to break into Buckingham Palace says he just wanted to have a little chat with Queen Elizabeth.

David Belmar was tackled to the ground by palace police when he tried to sneak through a gate normally used for vehicular traffic, but said despite the knife found on his person he had no intention to do anyone any harm. In fact, he said, he just wanted to chat with the queen about his welfare benefits.

Belmar admitted to trespassing and possession of a bladed weapon during his appearance at the Westminster Magistrates’ Court.

“He’s quite a large man. He was rugby tackled to the ground because he wouldn’t stop. Police called out on two occasions,” the prosecutor said. “Armed guards had to stop him… He could have been fired upon. Other people could have been hurt. And there was a risk of some form of disorder there outside the palace.”

About 20 tourists watched the attack, including several children.

Belmar has a long history of mental health problems and has had a fixation on the queen for years. In 1989, he received a caution for tossing lit fireworks onto palace grounds, and was under the care of state-run mental health services from 2002 to 2010.

But defense attorney Robert Katz denied that Belmar is obsessed with the monarch, explaining that the man was simply upset that his decadelong incapacity benefit had been halted in September.

“He became very upset by that decision and he didn’t know how he was going to cope,” Katz said, explaining that Belmar “wanted to draw publicity to what had happened to him” and never brandished nor intended to use the knife.

The district court judge ordered Belmar remanded into custody, saying, “something has clearly gone wrong,” with the man’s medication and mental health.

“If it could go wrong yesterday, being granted bail there is a real risk, until he is properly assessed and perhaps further medication prescribed. He is a danger not just to himself but to others,” the judge said.