Ashton Kutcher landed back on TV with his role on Two and a Half Men. After a few film failures, it looks like he is right where he belongs. 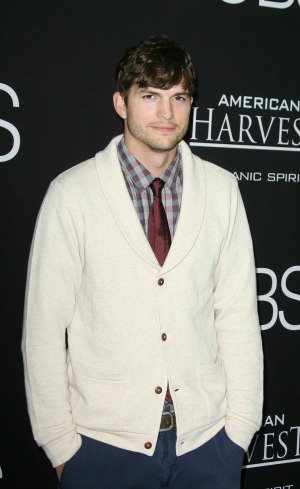 Although Ashton Kutcher has done what he can to become a movie star, he has proven that where he really belongs is TV. Kutcher tops Forbes‘ list of the highest-paid TV actors.

Although Kutcher’s show, Two and a Half Men, had 28 million viewers at their peak, a little under 12 million people watched the season premiere this season. But that’s still a huge number for a show that is already being aired in syndication. Forbes estimates Kutcher made $24 million between June 2012 and June 2013.

Two and a Half Men adds a girl to replace Angus T. Jones >>

That compares to the actor’s recent film, Jobs, which earned only $16 million at the box office. But Two and a Half Men will likely continue for years, since it’s not showing much sign of slowing down any time soon.

Two of the other stars on the show also made Forbes‘ list. Jon Cryer came in at number two with $21 million and Angus T. Jones was at number seven with $11 million.

Kutcher’s win is the latest good news in a really good year for the actor, who may also be engaged to actress Mila Kunis.

Jones will likely fall off the list next year after going on a rant about the “filth” of the show, and eventually quitting.

Ray Romano came in at third on the list, thanks partially to Parenthood but also partially to the royalties he still collects from Everybody Loves Raymond. Between the two TV shows and his paycheck from the Ice Age films, he raked in around $16 million in the last year.

Fourth place was a tie between Neil Patrick Harris and Mark Harmon. Harris’ paycheck came from both How I Met Your Mother, his many hosting stints and Smurfs 2. Mark Harmon made the list thanks to NCIS. Both actors earned around $15 million.