Slip into that Snuggie, set down a cup of cocoa within arm’s reach and crack open one of these novels — all part of our fall book guide.

Related story Fight Club 2: Why a comic book series is the perfect medium
1

Elly in Bloom by Colleen Oakes 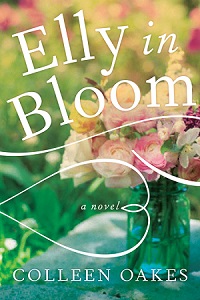 What would you do if you had to help plan your ex-husband’s wedding? Two years after catching her husband cheating on her with a red-headed artist, which found her promptly fleeing both her life and her home, Elly Jordan has a pleasant new life as owner of a wedding florist shop in St. Louis, Missouri. And just when she thinks the door to her old life has closed for good, she’s offered a life-changing, extravagant wedding contract, which is more than she would have ever bargained for. As she walks the line between her old life and new, Elly finds herself blooming in ways she never expected.

The Partner Track by Helen Wan 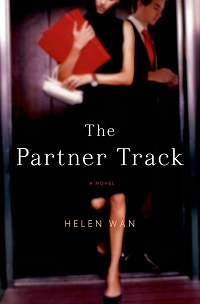 In Helen Wan’s riveting debut, Ingrid Yung is the treasured “golden girl” at her corporate law firm. A “two-fer,” Ingrid is a Chinese-American woman about to be ushered into the elite rank of partner and is the face of Parsons Valentine & Hunt LLP’s recruiting brochures — but not all is as welcoming as it seems. While Ingrid tries to compensate for the façade of the male-dominated network trying to shut her out, she finds herself in the middle of a damage control effort. For once in her life, Ingrid is at odds with her colleagues and boyfriend in a clash of class, race and sexual politics. 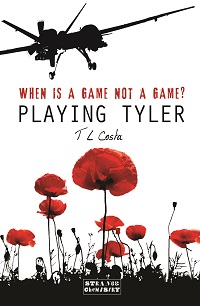 When 17-year old Tyler thinks his life is on a one-way track to flipping burgers at McDonald’s, his Civilian Air Patrol Mentor, Rick, asks him to test a flight simulator. An avid gamer, Tyler jumps at the opportunity, especially when he starts falling in love with the game’s designer, teen-geek girl extraordinaire Ani, he thinks his life might be looking up. But things aren’t what they seem when they start realizing that the seemingly harmless game is actually being used for darker purposes.

We Are Water by Wally Lamb 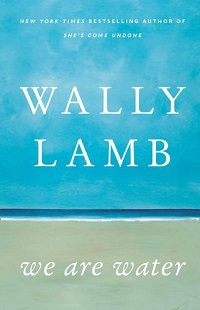 A novel about a marriage, a family and human resilience in the face of tragedy, We Are Water explores the ways in which we search for love and meaning in our lives. After 27 years of marriage and three kids later, Anna Oh discovers she has fallen in love with someone else — Vivica, the woman behind Anna’s successful career as an artist. As the two plan on being married in Connecticut where gay marriage has been legalized, the impending wedding opens a Pandora’s Box of toxic secrets and painful truths in the Oh family.

Academy of Love by Kate Deveaux 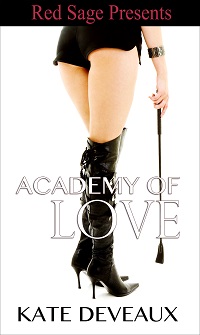 Boarding school was never this much fun. Love smolders and the sex is red hot when Cassianna Baxter leaves behind a glamorous teaching career in Italy to return to her old Alma Mater, Lewiston Academy for Girls. This time she returns not as a student, but as the Deputy Headmistress. No sooner does she arrive at the century-old Academy, than she walks smack into sexy Lawrence Taylor, her first love and ex-lover. He’s been looking for her ever since he was forced to leave her. Now that she is back at the Academy, he knows he has one chance to win her back — and not just in his bed.

Bridget Jones: Mad About the Boy by Helen Fielding 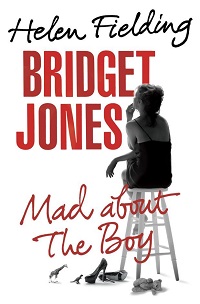 Everyone’s favorite hapless heroine is back in Helen Fielding’s newest addition to the Bridget Jones saga. The story meets up with 51-year-old Bridget — now a tragic widow after the death of her husband, Mark Darcy — who finally decides that after five years of mourning, it’s time to get back into the dating game. But the rules have changed with the onslaught of social media, texting and email and Bridget finds herself once again trying to navigate the treacherous electronic world in search of Mr. Right.

The Sandpiper by Susan Lovell 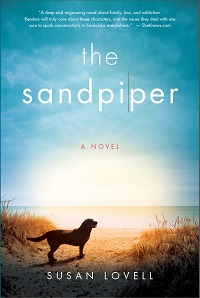 A story about family and the bonds between sisters with secrets to hide, and the struggle towards forgiveness and healing, Susan Lovell’s debut women’s fiction novel, The Sandpiper, bares a family’s soul to the reader, and is perfect for anyone who’s ever dealt with alcoholism. Nestled in the safe haven of The Sandpiper, a white-shingled cottage perched above the endless blue of Lake Michigan, Nina Judd has always been the guardian angel of the three Cameron women. Kate and Jamie are sisters bound in loyalty by a secret oath — two bright young women full of life and promise until the fateful summer Jamie turns 18, a summer that ruined everything.