Kenan Thompson has been in the biz since he was a kid, but he isn’t the only one who has noticed the discrepancies in race on SNL. But he doesn’t think the show is to blame. 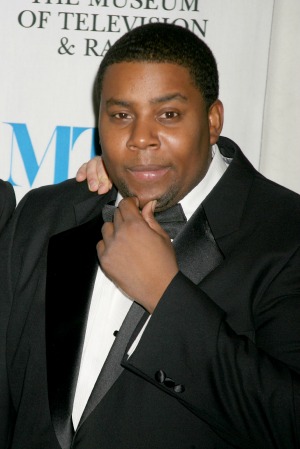 Saturday Night Live is about to celebrate its 40th birthday, but the sketch comedy show has not come as far as some people would have hoped. The six new cast members introduced during the first show were all white, and only one of them was female, leaving the show once again with zero black, female cast members.

Kenan Thompson talked with TVGuide.com about what the show plans to do if they need to spoof a black female character, and Thompson said, “I don’t know. We just haven’t done them.” He added, “Maybe [Jay Pharoah] will do it or something, but even he doesn’t really want to do it.”

Thompson and Pharoah are two of the only three non-white cast members right now (Iranian Nasim Pedrad is the third). In the 39 years the show has been on the air, they have only hired four black, female cast members, according to USA Today.

TVLine.com added that it seems to apply to hosts too. In the last four years, only two black women (Gabourey Sidibe and Maya Rudolph) and two other non-white women (Jennifer Lopez and Sofia Vergara) have hosted. Yet, in that time, Miley Cyrus has hosted twice.

Thompson doesn’t think SNL is to blame for the trend though, at least not among cast members. He said it simply has to do with a lack of talent out there.

“It’s just a tough part of the business,” he told TV Guide. “Like in auditions, they just never find ones that are ready.”

But Pharoah believes there are at least a few good ones out there, and the show needs to start paying attention. He believes Darmirra Brunson would make a good addition. The actress currently stars on Tyler Perry‘s Love Thy Neighbor.

“She’s amazing. She needs to be on SNL,” he recently told TheGrio. “I said it. And I believe they need to follow up with it like they said they were going to do last year.”

Thompson seems to be happy with the new cast members this season, and believes the show made the right decision.

“They’re all contributing in different ways, I think,” he explained. “They’ve been doing a great job so far. They’re all very, very smart and talented, so that’s how it is. That’s the kind of people I guess that get the job.”