The Office‘s Angela Kinsey is taking part in The Friskies — the major award for the best cat videos of the year — handing out the Lifetime Achievement Award to none other than Grumpy Cat. Find out what she had to say not only about the event and her love for cats, but having to lick one at one time, too. 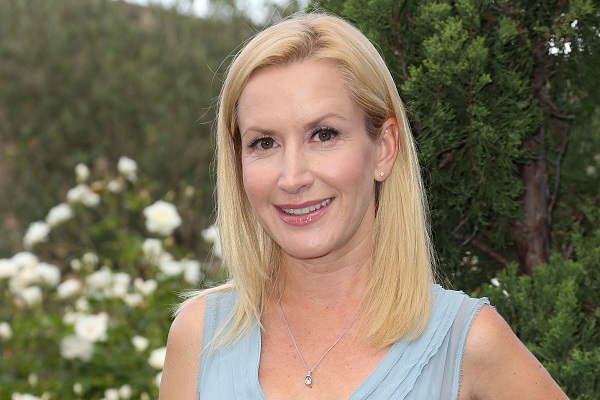 SheKnows: You’ve been pretty busy lately, with TV appearances, films and The Friskies. Can you tell us a little bit about your upcoming film All Stars?

Angela Kinsey: I worked with an amazing group of actors, including John Goodman and Mary Lynn Rajskub. It’s about a girls’ Little League softball. The girls are all normal, and the parents are all insane. It was really fun; we had a great time.

SK: What about The Friskies are you most excited about?

AK: We found out Michael Ian Black would be hosting it, and I was laughing so hard because I love him, and I clearly love cats. I spent nine years playing the cat lady. And I was like, oh my god, you and cat videos? I’m in. It’s been so much fun; he’s been cracking me up all morning.

And, this event is close to my heart. Friskies donates tons of food and assistance to about 20 rescue organizations for cats. My cat is a rescue, and so is my dog. So it’s a win-win to do something fun like this and also know that you’re helping out with animals, too.

It’s nice, too, because they’re streaming The Friskies live tonight, and the fans can vote all day today for their favorite.

SK: So is Michael a cat guy? How did that come about?

AK: Michael has a cat named Alfalfa that I take photos of. Plus, he’s just great at hosting.

SK: What was your favorite cat video this year?

AK: That’s really hard! I’m psyched tonight because I’m giving the Lifetime Achievement Award to Grumpy Cat. Every time they show a shot of Grumpy Cat, I can’t take it! I just can’t wait to meet this cat. My favorite ones are anything to do with a cat and a printer; I can watch that over and over.

AK: Well, that happened during the filming of The Office. They told me I didn’t have to lick the cat’s face, and then when we were filming, they were like, “We’re going to be really close on you.” And I knew it! It was three takes in a row of full-on licking this cat’s face. That’s how much I love my craft. That almost tops anything I’ve ever had to do with a cat.

Think you know everything about The Office? Take the quiz! >>

SK: How many cats did you work with or go through while filming The Office?

AK: There was a time when I went back home between takes and there were about 15 cats at any given time.

SK: Why are cats better than dogs?

AK: Cats are more interesting, let’s face it. Dogs are loveable and a bit boring. But I love them both.

SK: What’s been the highlight of post-Office life?

Check out The Friskies’ website to get the text-to-vote details to vote for your favorite video today!