Ivanka Trump has welcomed a baby boy into the family today, and the mom times two couldn’t be happier. 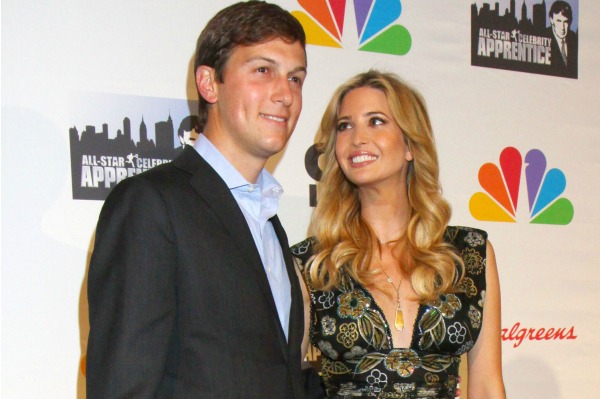 Businesswoman and reality star Ivanka Trump welcomed her second child to the world — and this time it’s a boy!

The accessories designer, who also works as executive vice president of Development and Acquisitions at The Trump Organization, announced the news on Twitter.

Her brother Donald Trump Jr. sent his well wishes, too.

Ivanka did not publicly announce the gender while she was pregnant because she is “superstitious,” she told Fit Pregnancy, but she did enjoying playing a good prank on her husband, New York Observer owner Jared Kushner.

“I had a long running joke/prank with my husband, where I told him the only thing he would have to do the whole pregnancy is pack the bag for the hospital,” she told the mag.

Fishnets and bunny ears while pregnant? Ivanka Trump rocks it! >>

“He initially thought I was joking, but I kept going with the joke and he became very nervous about it. He kept telling me, ‘I’m happy to do this, but you’re going to be unhappy with what I pack,'” she recalled. “‘I’m going to pack the wrong things; some of this stuff, I don’t know what it means. You know the nursing bra? I have no idea what that is.'”

“I finally told him that I’d been packed for three weeks and not to worry about it,” she said. “Come on, please, especially with a guy — it wouldn’t have worked and he is 100 percent correct that he would have packed all the wrong stuff. But I had some fun with him for a little while.”

The couple, who are just 10 days away from celebrating their fourth wedding anniversary, already have one child: Daughter Arabella Rose, born in 2011.