Tina Fey and Amy Poehler won rave reviews after hosting the Golden Globe Awards earlier this year. It looks like the network liked them enough to guarantee they will host (at least) the next two years. 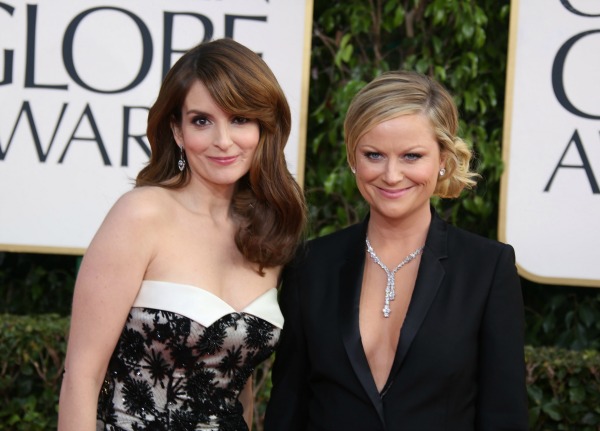 Tina Fey and Amy Poehler’s Golden Globes hosting stint was a success for the show, and now it looks like they want to keep the two comedians for the foreseeable future. The awards show announced Fey and Poehler have signed on to host, not just for one year, but for the next two awards shows.

“Tina and Amy are two of the most talented comedic writer/performers in our business, and they were a major reason the Golden Globes was the most entertaining awards show of last season,” NBC’s Paul Telegdy told The Hollywood Reporter. “We’re elated they wanted to host together again and that they committed for the next two years.”

Poehler and Fey took over hosting duties in January, and the Golden Globes saw a significant spike in viewership. Nearly 20 million people watched, which was up 28 percent from the year before, and a six-year high for the show. Both actresses are also NBC alums, which is an added bonus for the Golden Globes. Both Fey and Poehler got their starts on Saturday Night Live, and Fey’s 30 Rock and Poehler’s Parks and Recreation are/were both huge successes for the network.

They also made an appearance at Neil Patrick Harris’ opening number at the 2013 Emmy Awards, adding to rumors that they’d be returning to the Globes.

While the news is big for the actresses and the awards show, it also means they are no longer in the running to host the Oscars. However, that news may be a relief to Fey.

“I think the Oscars is just such a bigger task,” Fey told THR in January. “To sing and dance and do the pre-taped segments and all that stuff.”

And although many consider the Oscars the biggest show of the year, don’t tell the Golden Globes that. It looks like it is working to make themselves the awards show to watch.

“We are thrilled Amy and Tina have decided to return as hosts of the Golden Globe Awards for the next two years,” HFPA president Theo Kingma said. “Their return ensures that the Golden Globes will once again be the biggest, best and most entertaining awards celebration of the year.”

Both actresses are staying busy with or without the Golden Globes. Poehler is still working on Parks and Recreation, and Fey is in the process of developing a new series with NBCUniversal.