Liza Minnelli showed the world that the show must go on, regardless of the excruciating pain from a broken wrist. 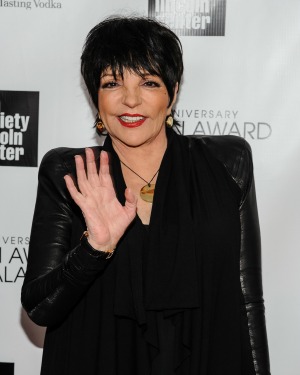 Liza Minnelli showed she is one tough cookie after she performed at a benefit concert Monday night in New York.

The Liza With a Z singer-actress did not let the pain of a broken wrist stop her from performing at the jazz club Birdland, a benefit for the Women’s Health Initiative and the Dr. Philomena McAndrew Fund of Tower Cancer Research Foundation, and it was a very special performance indeed.

Minnelli was joined by her half-sister Lorna Luft, signaling the duo’s first performance together in more than 20 years. The last time they took the stage together was during their outstanding duet in 1993 at the Tony Awards.

The performance of the night clearly meant something to the Cabaret actress since Luft was not only the host of the event, but has also been battling breast cancer.

Before taking the stage, Minnelli stated, “Nothing was going to stop me from coming here tonight, Lorna asked me to be here and I wouldn’t let her down.”

So what happened to the entertainer’s wrist? Apparently she had a nasty fall at home on Sunday night during her rehearsals, which left her with a wrist that was broken in three places. Ouch!

A spokesperson for Minnelli confirmed she had performed at the benefit concert in New York on Monday night with a broken wrist, ignoring the advice from medical professionals.

The show must go on, and Minnelli did not disappoint. Yet, instead of sticking around to enjoy the benefit, the star went straight back to hospital for further treatment.