Owen Wilson becomes the latest to announce a pregnancy with a woman who is not quite divorced from her current husband. 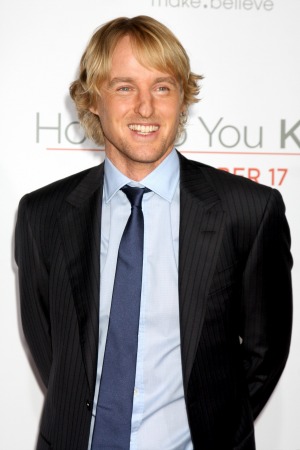 Owen Wilson is going to be a father once again, but this one may not have been planned. The actor is joining the ranks of Simon Cowell by announcing he is having a baby with a married woman.

Wilson’s newest baby mama Caroline Lundqvist is the lucky woman. And while she is still married, she is separated from her husband, plastic surgeon Dr. Ritu Chopra. The actor confirmed the news to Extra while promoting his new movie Free Birds.

However, Wilson may not be following the path of Cowell, who said he is happy to be with his baby’s mama.

“Owen plans on being fully involved, but has no intentions of settling down with Caroline, which is tearing her up,” a source told Star magazine.

While it’s not clear if Cowell will marry his baby’s mama Lauren Silverman, he has talked about how excited he is to be a dad for the first time.

“It’s something I hadn’t thought of before, but now I know I feel good about it,” Cowell told the BBC in August. “Things are changing in my life right now for the better.”

Wilson’s baby will be Lundqvist’s first, but he already has a son, 2-year-old Robert Ford Wilson, with his ex-girlfriend Jade Duell (Duell and Wilson broke up when Robert was 5 months old).

Lundqvist filed for divorce from her husband in May, but he apparently had no idea she was involved with anyone else.

“Ritu had no idea about her history with Owen, so he was completely blindsided by the news of Caroline’s pregnancy,” the source added.

Free Birds follows two (animated) turkeys as they travel back in time to try to change the course of Thanksgiving dinner. The film also stars Woody Harrelson and Amy Poehler, and will be in theaters Nov. 1.