Charlie Hunnam’s done with Fifty Shades of Grey and we think we know why. Sources claim there’s an underlying reason for his abrupt exit. 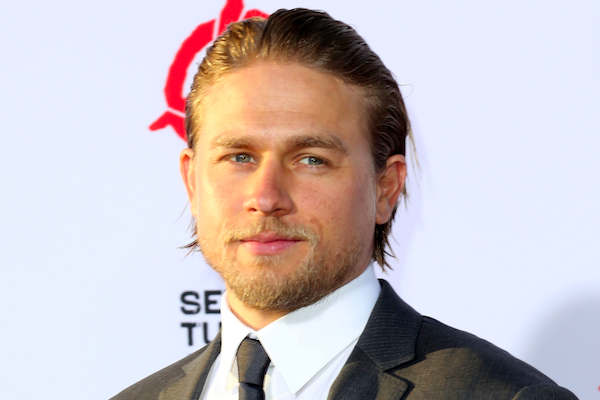 It’s been 48 hours since Fifty Shades of Grey lost its leading man. It was a dark day when media outlets announced Charlie Hunnam had exited the film. Universal Pictures and Focus Features are busy trying to find a formidable replacement.

Surprisingly, Hunnam only held the role for a month. Why the change of heart? The studio blamed scheduling conflicts — a cause most of us aren’t buying. According to People, there may be another reason he dropped out. Hunnam wasn’t ready to be a poster boy.

Some were excited to see him tackle Grey, while others wanted him gone. Who can forget the petition created to remove Hunnam and Dakota Johnson (as Anastasia Steele) from the project? All the uproar may have been too much for the actor.

One source says, “He dropped out of the project because he didn’t want to be typecast.” Apparently, Hunnam didn’t want to share the same fate as another young British heartthrob. “He didn’t want the Robert Pattinson-esque attention that would come along with taking on this role.”

Hunnam wants to earn success based on his talent. Yes, he’s attractive, but he’s also a great actor. Just check out his work on FX’s Sons of Anarchy. Supposedly, it was the main reason he couldn’t fulfill his obligations to Fifty Shades of Grey.

The studio said they had “to find another male lead given Hunnam’s immersive TV schedule which is not allowing him time to adequately prepare for the role of Christian Grey.”

Why do you think Hunnam quit Fifty Shades of Grey?