Is there anything Sandra Bullock can’t do? She shows off her impressive rapping skills on a British talk show. 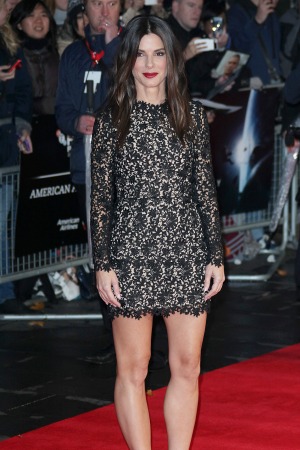 She’s already an Oscar-winning actress, so could Sandra Bullock be any more talented? The answer is yes. It looks like the star has dusted off an old skill and added it back to her list of talents. The girl can rap.

The 49-year-star appeared on The Jonathan Ross Show on Saturday in the U.K. She was there to promote her global box office hit, Gravity, which has earned almost $200 million worldwide.

She was talking about her high-school days and how she learned to attract a boy in her class with her rapping skills.

The best part about learning the 1979 hip hop single “Rapper’s Delight” by the Sugarhill Gang? She got the boy.

“Sadly, it worked,” she said with a laugh.

The talk-show host didn’t want the conversation to end there. He wanted a performance. After a little prodding from Ross and the cheering, Bullock acquiesced.

Bullock quipped, “I need some beats. Gimme some beats, yo.”

Once her backing tracks were provided, she gamely jumped right into the song.