Great news! You don’t have to wait until spring for new music from Best Coast. Their EP Fade Away contains seven new songs that will thrill new and old listeners alike. 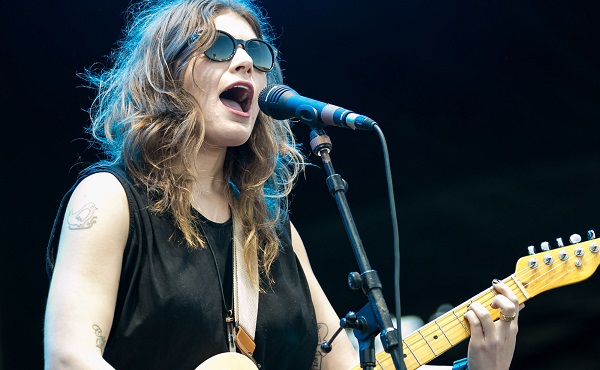 Los Angeles band Best Coast is set to release their next “mini-album” — a seven-song EP titled Fade Away — and we think now might be a good time to introduce any noobs to the Best Coast sound, as well as share what we know about their impending release.

Best Coast is made up primarily of two members. The rock chick at the mic with the bass strapped on is Bethany Cosentino, whose voice is at times gruff and at others takes on an almost angelic ’60s pop sound. Backing her up on guitar and other instruments, as well as serving as a producer, is Bobb Bruno. Together, they make an interesting pair and musically everything they do is 100 percent spectacular.

Proof of Cosentino’s brilliance comes in her history. It wasn’t that long ago that she was just another teen posting songs on Myspace. Soon, labels and management people who were ready to turn her into a more polished performer with a more radio-friendly sound, approached her. That wasn’t what Cosentino had in mind, however. After spending some time in New York, the California girl was ready to head back home to the sunshine and make a name for herself doing the kind of music she loves. It was Bruno’s guidance that helped her land where she’s at now.

A tidal wave of success

With the release of their debut album Crazy for You, Best Coast came crashing onto the music scene. Their surf rock influence pulled in tons of fans and Cosentino’s personal life earned her quite the gaggle of fans intrigued by her every move. It was a lot of attention and a lot of pressure. Sure, Best Coast isn’t led by someone like Miley Cyrus or Taylor Swift, but for a brief moment in time, Cosentino became a sort of Indie Pop princess… whether she liked it or not. Best Coast’s response was to head back to the studio and follow up with 2012’s The Only Place, a decidedly more polished album that reached slightly better numbers than their debut, breaking onto Billboard at No. 24.

The band’s early success led to an onslaught of festival appearances, a tour with Cosentino’s boyfriend’s band Wavves and tons of attention from music magazines. It’s been a year since The Only Place released and while Best Coast isn’t ready to send out another full-length album, they’re hell-bent on making sure no one forgets them anytime soon.

They will not fade away

Their next full-length record isn’t set to release until spring 2014, so they’re releasing Fade Away to tide over fans until then. Fade Away is perhaps the strangest, most beautiful mix of garage rock and vintage pop to ever exist on one record and it all blends magnificently well. Sure, some might say it’s a sound the duo has already perfected, yes. But why fix what ain’t broken?

The EP contains two tracks that are already familiar to fans. Both “Fear My Identity” and “Who Have I Become” released as a single earlier this year for Record Store Day. They were certainly worthy of finding their ways onto an album with a larger printing, though. More people should hear “Fear My Identity.”

The rest of Fade Away is just as deserving of love. While everyone will surely tell you that the album closer, “I Don’t Know How,” with its Patsy Cline-inspired vocals is the true hit of the record, we think the opener “Lonely Morning” has the biggest impact, kicking off the album with a burst of energy. “Lonely Morning” has lyrics that are far from chipper, but the music’s West Coast, surfy guitar style takes the tune on an exhilarating and fun drive.

Fade Away doesn’t officially release until Oct. 22, but you can listen to the entire album now, thanks to Southern California radio station KCRW.

Are you in love? Whether you’re new to Best Coast or have been a fan all along, Fade Away offers more good music from an already stellar band. What will 2014 bring for Best Coast?