Kylie Minogue has been unlucky in love, and it appears her relationship with model Andrés Velencoso is no different. The couple have reportedly gone their separate ways. 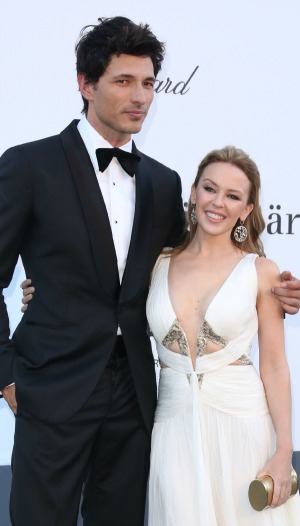 Kylie Minogue is reportedly a single woman once again after a split from her boyfriend, model Andrés Velencoso.

Minogue and Velencoso met in 2008 while filming a perfume ad, but recently couldn’t manage the relationship with both of their “unbearable” work schedules, according to the Sydney Morning Herald.

The Australian singer just began as a coach on the British version of The Voice, and Velencoso has been working on launching his acting career. The time and distance were reportedly just too much for the relationship to handle.

“When Kylie signed up for The Voice, they knew they couldn’t cope with the long-distance pressures the job would put on them,” a source reportedly told British tabloid The Sun.

On top of her coaching duties, Minogue also just finished recording her 12th album and will be launching a world tour in 2014.

The singer has had many high-profile relationships in the past, including with Jason Donovan, Michael Hutchence, model James Gooding and Olivier Martinez. She also reportedly had a fling with Jean-Claude Van Damme nearly two decades ago.

Ten years ago, while dating Martinez, Minogue said she felt her chance to get married had passed.

“For quite a number of years I’ve looked at my parents,” she explained. “They are still together, still in love, they miss each other madly, they hold hands and canoodle. They’re the best example for me. It slightly pains me to think I will never have that. My chance has already gone. They did that when they were 22.”

Martinez had a baby with Halle Berry earlier this month. In January 2012, Minogue congratulated the couple via Twitter.

Velencoso is 10 years younger than Minogue, but just last year she called him “the one” in an interview. By all accounts, the couple’s split was amicable.

“It was more of a time thing, they didn’t get much of it together,” a source told Us Weekly. “There was no fallout, they’re still friends, just not lovers anymore.”