Madonna doesn’t follow the rules of cinema etiquette, which has landed her a ban from Alamo Drafthouse Cinemas. 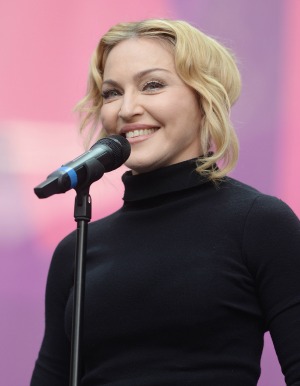 You can be the reigning queen of pop and highest-earning celebrity of 2013, but that doesn’t mean you won’t find yourself in trouble for antisocial behavior.

Yes, that’s right, Madonna has been banned from a U.S. cinema chain, Alamo Drafthouse Cinemas, for texting during a movie!

We have all seen the adverts warning us to turn off our cellphones before the start of a film, but the “Like a Prayer” singer clearly didn’t get the memo and was caught constantly texting at the premiere of Steve McQueen’s drama 12 Years A Slave at the New York Film Festival.

While Madge most probably had some important information she had to text about, the CEO of Alamo Drafthouse Cinemas, Tim League, was not impressed.

The company enforces a very strict no-talking and anti-texting policy for its theaters and the “Music” singer’s behavior sparked a response by League, who wrote a tweet on Friday, stating that unless the 55-year-old hit-maker apologizes to fellow audience members, she would not be able to watch a film at the Texas-based chain again.

“Until she apologizes to movie fans, Madonna is banned from watching movies @drafthouse,” League said.

League later revealed to Entertainment Weekly that his initial tweet was to serve as a warning to patrons who want to text during a film and was “more of a means to get the issue out there, that it is rude to text during movies.”

Adding, “But now that it seems to have taken hold, sure, I’m going to enforce it.”

A witness to the events was film critic Charles Taylor, whose accounts of the event were posted on Indiewire.com.

Taylor wrote: “… a mysterious blonde in black lace gloves who wouldn’t stop texting on her BlackBerry throughout the first half of the movie.”

“Eventually, a woman next to me tapped her on the shoulder and told her to put her phone away and the blonde hissed back, ‘It’s for business… enslaver!'”

We don’t expect we’ll see a public apology from the Material Girl any time soon and it’s not the first time she has found herself in hot water, but we’re sure there are plenty more cinemas that will welcome her patronage with open arms.

However, what do you think about the situation? Should Madonna be punished for texting in a movie?