Adrian Peterson’s 2-year-old son died Friday from traumatic child abuse. The violent past of his alleged killer, Joseph Patterson, goes back to 2004. 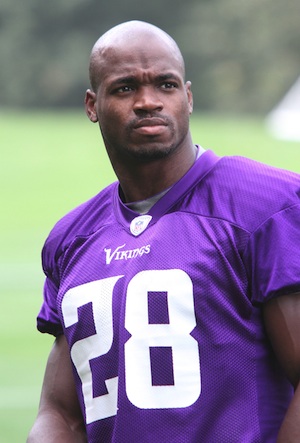 Adrian Peterson is a 28-year-old running back for the Minnesota Vikings and reportedly had a casual relationship with the young boy’s mother before she moved to Sioux Falls, South Dakota.

Know the signs of child abuse and neglect >>

A Sioux Falls newspaper, the Argus Leader, reports that police found Adrian Peterson’s son unconscious Wednesday evening after Patterson called 911 to report the toddler was choking. Patterson was later arrested and charged with aggravated assault after doctors at Sanford USD Medical Center confirmed the trauma was consistent with child abuse.

The child remained on life support until late Friday morning.

Neither police nor family will identify the boy. Adrian Peterson told fans on Sunday that he and his family would appreciate privacy during this tragic time.

Patterson was arraigned on Friday and is currently being held on $750,000 bond. Lincoln County prosecutor Thomas Wollman told KELOLAND News the aggravated assault charge will likely be upgraded to first- or second-degree murder on Tuesday. 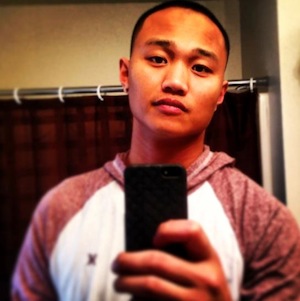 Joseph Patterson (pictured at right via his Facebook profile) was the only one home at the time of the child’s injuries and has an extensive history of domestic violence going back to 2004.

Domestic violence: How to leave an abusive partner >>

In June 2012, Patterson was charged with several counts of assault as well as violating a restraining order from an ex-girlfriend. At the time, the woman reported he choked her after he hit her 3-year-old son so hard that welts developed.

Joseph Patterson was in the process of serving a suspended sentence for those crimes when he was charged with committing the injuries related to the death of Adrian Peterson’s son.

The Argus Leader reports that a judge allowed Patterson to remain out of jail and even permitted him to be around children so long as he attended domestic violence counseling. Lincoln County court records show that Patterson has restraining orders against him from at least two other women.

Adrian Peterson was by his son’s side when the child was taken off life support on Friday morning, but Peterson was back in Minnesota for the Vikings’ Sunday NFL game against the Carolina Panthers. Peterson told the press after the game that he never considered staying away from the field.

“I never thought about not playing. It was all about just going out there and praying I have the strength to get through and help my team. That was my focus.”

Peterson was curt when a reporter tried to ask him about his son’s death.

“Can we focus on football? I’m not really trying to get into details on that,” said Peterson when asked about the relationship he had with his son’s mother.