ABC ordered a full season of Agents of S.H.I.E.L.D. despite faltering ratings in its second and third weeks. Will the Joss Whedon series find its second wind? 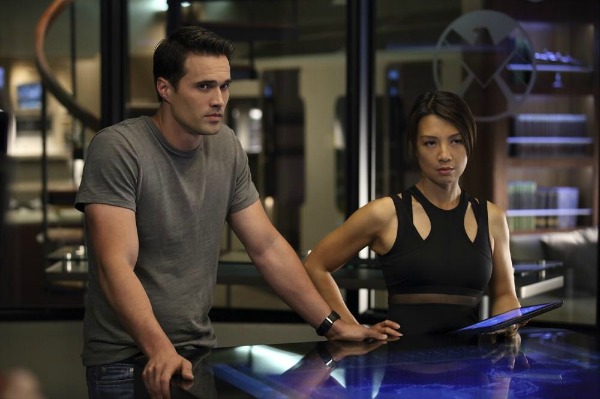 All of that changed in its second week, when it went up against Cote de Pablo’s final episode of NCIS. The third week wasn’t much better — the show actually lost even more viewers.

So why did ABC give the series a full-season order? Probably because it still has a lot going for it. First of all, there’s the fact that it is based on an extremely popular comic book series. When you couple that with the fact that it’s being brought to the small screen by the king of nerds himself, Joss Whedon, you’ve got a show that packs a powerful punch.

There are also the guest stars. In the first three episodes alone, the series featured two cameos from the hit Marvel movie franchise. In the pilot, Cobie Smulders showed up to reprise her role as Agent Maria Hill from The Avengers, and then Samuel L. Jackson appeared as Nick Fury at the end of the second episode.

Considering the opponents that Agents of S.H.I.E.L.D. has had in its time slot, it has definitely shown it’s got some muscle. The series is a great mix of action, comedy and drama, with an underlying family theme that is the hallmark of a Whedon project.

Were you happy to hear that Agents of S.H.I.E.L.D. has been given a full-season order from ABC?