It was the most coveted role in Hollywood this summer, and Charlie Hunnam got it. But on Saturday, he exited the film Fifty Shades of Grey. What happened? 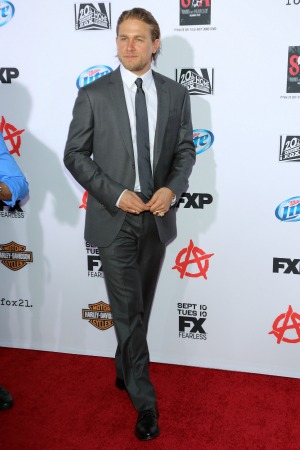 The role was supposed to make Charlie Hunnam an international superstar, but on Saturday, it was announced that the actor had exited Fifty Shades of Grey. The shocking news was released by Universal Pictures, which is producing the film.

In a statement issued to the press, Universal said, “The filmmakers of Fifty Shades Of Grey and Charlie Hunnam have agreed to find another male lead given Hunnam’s immersive TV schedule which is not allowing him time to adequately prepare for the role of Christian Grey.”

Hunnam currently plays the role of Jax Teller on FX’s Sons of Anarchy. While his TV schedule is tough, it had been coordinated with the film production so he could do both. This makes the studio’s statement sound a little fishy.

It was hard to cast the role of Christian Grey in the film adaptation of E.L. James’ hit trilogy of novels because of the S and M subject matter and on-screen nudity. When Hunnam accepted the role back in early September, some applauded the news, while others protested. The hardcore fans wanted to see White Collar‘s Matt Bomer play the coveted role.

Ian Somerhalder not angry over Fifty Shades of Grey >>

With Dakota Johnson playing Anastasia Steele, the studio and director Sam Taylor-Johnson will have to find another actor who has chemistry with the Ben and Kate actress. While the promise of three movies is enticing, the sexual nature of the films makes them a hard sell for some established actors.

Production is slated to begin early next month, so the search will have to ramp up quickly. Maybe this time, fans will get their way and Matt Bomer will join the cast?