Shia LaBeouf was punched and kicked after he filmed two women without their consent outside a bar. Now, the women say they wish they’d known a movie star was behind the camera. 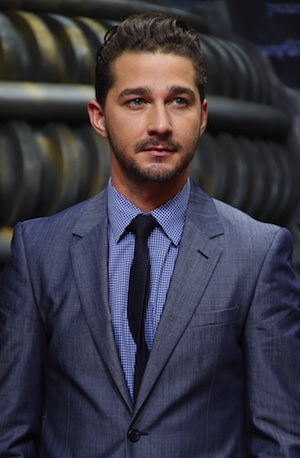 Shia LaBeouf was attacked in London last night after filming two women without their permission.

LaBeouf was partying with friends at bar in South London when he stepped outside and noticed two young women throwing up in the street. Seemingly amused, Shia allegedly pulled out his camera and began filming the ladies.

British tabloid The Sun reports that Ash Nawaz and her sister Isis were collapsed on the sidewalk outside a London nightclub and were unaware they were being recorded.

Ash and Isis say that when they noticed they were being filmed, they asked Shia to stop, but he simply ignored them.

The situation turned ugly after an unidentified man also noticed LaBeouf filming the women. The two women report that the man came to the scene and told Shia to stop filming.

LaBeouf reportedly responded by yelling a few choice words and then filming the man, too. The two women say the two men exchanged heated words before the unidentified man knocked Shia LaBeouf’s camera from his hands and punched him twice.

The women at the center of the fight say they had no idea they were being filmed by a Hollywood movie star.

“I only realized it was Shia after he’d been beaten up. If I’d known, I’d have let him film me as much as he liked. I have a massive crush on him,” said Ash Nawaz to The Sun.

Ash and Isis say the man continued to attack LaBeouf by kicking him after he had fallen to the ground. As a crowd gathered around the fight scene outside the bar in London’s Leicester Square, nightclub security took notice and rushed to help LaBeouf.

The Sun says no charges were filed on either side and police were not called to the scene of the fight. Shia LaBeouf is in London filming his new movie, Fury, which also stars Brad Pitt.

LaBeouf’s rep did not release a statement following the London bar fight.