Taylor Swift is taking a break from the dating scene and reflecting on what kind of guy she should avoid in the future. Hint: John Mayer need not apply. 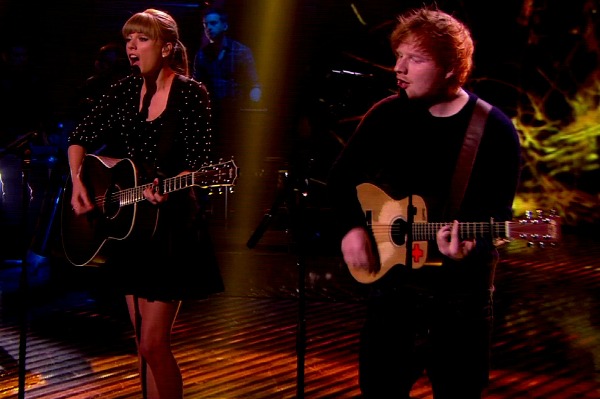 Want to date Taylor Swift? If you’re a bad boy you’d better slide in there now while you still can. The lovelorn singer says her taste in men is evolving away from the sort that inspires her breakup songs.

“I think it needs to change,” Swift told InStyle about her choice in men. “My friends tease me about the fact that if someone seems bad or shady or like they have a secret, I find them incredibly interesting.”

“That’s just a phase I’ve been in lately,” she clarified. “I don’t think this should be how I proceed in life. It’s important to be self-aware about these things because you don’t want to end up with that guy.”

And by the way, it’s not like she doesn’t know these guys are bad for her. It’s just that she doesn’t always care.

“Sometimes you know after two dates that you’re not the right fit,” she told the mag.

“And sometimes you know you’re not the right fit, and you fall for it anyway. One thing I’ve learned that I’m proud of — drum roll, please — is when to walk away. I’ve had some short relationships because I know when to do that.’

Swift has been tied to such bad boys as John Mayer, Joe Jonas (who famously dumped her during the world’s shortest breakup call), Harry Styles, Jake Gyllenhaal and Conor Kennedy.

One guy she won’t have to worry about is her new bestie Ed Sheeran, who is definitely not trying to get into her high-waisted shorts despite the fact that he’s probably the perfect guy for her.

“Ed and I are such good friends,” she revealed. “I have never had such a close guy friend before. It’s always kind of creepy because with a guy friend-girl friend situation, it usually feels like one person always wants more. That’s not the case here.”

There is one caveat, though: “If you want to be friends with me, just know people are going to say we’re dating,” Swift joked.

Read the complete interview with Taylor Swift in the November issue of InStyle.