For the second time in just a few years, Craig Robinson was arrested for drugs. This time, he didn’t fight the charges. 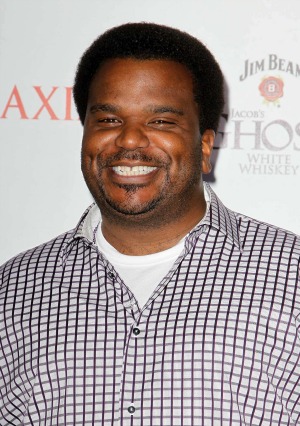 Craig Robinson was detained Wednesday in the Bahamas for drug possession, and he isn’t denying the claim.

The Office actor was stopped at the airport in Nassau when he tried to board a plane headed back to the U.S. Agents with customs found “a small amount of marijuana and pills deemed suspicious,” according to the Associated Press.

“It was nothing major,” said Supt. Stephen Dean of the Royal Bahamas Police Force.

Robinson appeared before a magistrate where he pleaded guilty to drug possession. The prosecutor in court said the 41-year-old actor was found with half gram of marijuana and 18 ecstasy pills.

The actor didn’t fight the claim, admitting the drugs were his. His only excuse was that he didn’t know the drugs were illegal in the Bahamas. However, Robinson could have faced up to four years in prison for the crimes. Instead, he was only given a $1,000 fine and told to leave the country.

The arrest isn’t the first time Robinson has been in trouble for drugs. In 2008, he was arrested in California for possession of ecstasy and methamphetamines. Those charges were dismissed after Robinson underwent a program.

Robinson’s PR rep and the lawyer who represented him in his last drug case both declined to comment. Robinson, who is normally very vocal on Twitter, has also not said anything about the arrest.

Besides The Office, Robinson is known for his roles in Hot Tub Time Machine, Pineapple Express, Knocked Up and was most recently in This Is the End. He was also nominated for a Teen Choice Award for his role on Peeples.

You can next hear his voice in Percy Jackson: Sea of Monsters, and he just finished filming Hot Tub Time Machine 2.