Kanye West and Jimmy Kimmel faced off last night to hash out their huge feud, and it was an epic appearance by the hip-hop star. 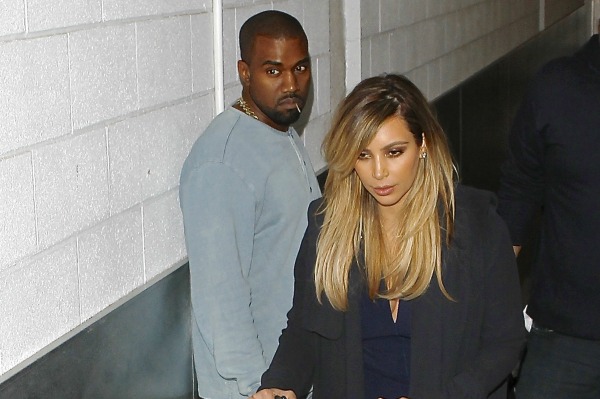 Kimmel had aired a funny skit that mocked West’s recent BBC interview, which featured a small child portraying the artist, and West lost his mind when he heard about it — so Kimmel invited him on the show to kiss and make up.

Reading West’s angry tweets, Kimmel said he “really felt bad about all this stuff” and bluntly told the star, “I don’t know if you know this, but a lot of people think you’re a jerk.”

The interview, which ran so long that the Arctic Monkeys were bumped, featured a lot of truth bricks mixed in with the new father’s trademark arrogance.

“I’m totally weird and totally honest and I’m totally inappropriate sometimes, and the thing is for me not to say I’m not a genius I’d be lying to you and to myself,” he said. “I wouldn’t even say I’m a rapper; I would say that I’m a messenger. In all honesty, all I care about is my family, protecting my girl, protecting my dreams.”

Kimmel replied for all of us, saying, “When you said you think you’re a genius, I think that upsets people. But the truth is a lot of people think they’re geniuses, but nobody says it because it’s weird to say it. But it is most certainly more honest to say, ‘I am a genius.'”

Kanye West shows his softer side on Kris: “I love this woman” >>

West also used his time to rant about the paparazzi, the fashion world and classism.

“The way [the paparazzi] talk to me and my family is disrespectful also, you know what I’m saying? We bring something of joy to the world. When people hear my music they have a good time, and I should be respected as such when I walk down the street,” he said. “Don’t ask me a question about something you saw on the tabloids. Don’t try to antagonize me, because it’s not safe for you in this zoo, you know? Never think that I’m not from Chicago for one second.”

“Currently in fashion, there’s no black guy at the end of the runway, in all honesty. Who do you know who’s more known for clothes than me?” he pondered. “It’s like, how can you get a shot? No real designers will work with a rapper.”

“It’s not about racism anymore, it’s classism. Classism is what they try to do when they say, ‘You’re a rapper, your girl’s a reality star…’ It’s snobbery and I’m not into snobbery. All we want to do is make awesome stuff.”

“A lot of people say, ‘You have to do music.’ I’m gonna keep doing music… I’m only 36 years old, I have other dreams,” he continued. My mother made me believe in myself. I refuse to follow those rules that society set up. It’s about truth, it’s about information, it’s about awesomeness. The only luxury is time.”