Rebel Wilson is proud of her body and believes her curves have helped her land movie roles. She now wants to inspire others to have more body confidence.

Related story Kristin Cavallari Isn’t Afraid To Show Off Weight Gain in New Before-and-After Photos: ‘Just Because I’m a Mom Doesn’t Mean I Can’t Be Proud of My Body’ 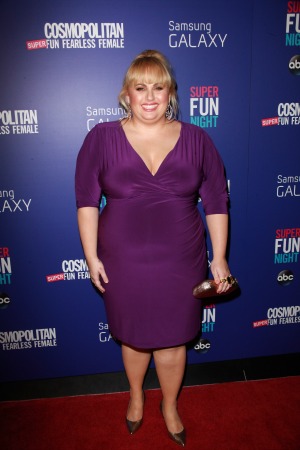 Hollywood can be cruel and destroy self-esteem, so it’s inspirational to see that talented actress Rebel Wilson has not let that happen to her.

The Pitch Perfect actress is proud of being the curvy woman that she is. In fact, she believes her weight actually helped her land roles.

You certainly take notice of Wilson when she walks into a room, because she does not have the same generic image that many young stars have today.

The Australian star told In Touch magazine, “I think most girls who are encouraged to come to LA and become actresses are usually the prettiest girls in their hometown of Iowa or wherever.”

“One of the reasons my agents signed me is because I’m not like any other girl here. It has made things easier for me, because I’m distinctive.”

Distinctive she certainly is, but the comedian and actress has also sent a very positive message for women around the world, proving you can succeed regardless of your weight.

The Pain & Gain star hopes she can inspire her fans and allow them to embrace their natural curves.

“I want to inspire girls who don’t think they’re cool or pretty. To do that, I need to put out a realistic version of what it’s like to be a girl who looks like me.”

“Sometimes that means getting broken up with by a dude who says, ‘You’re too fat.’ That way, when my character wins, it’s gratifying.”

We love her sense of humor, but most of all we love her confidence and how she puts all the haters to shame. Go, Rebel!