Owen Wilson has found himself in a sticky situation. His ex-girlfriend is pregnant with his child and she’s currently married to another man. Oops! 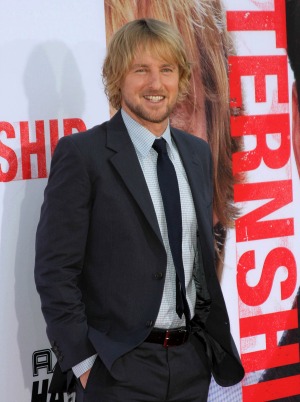 Owen Wilson is getting ready for baby No. 2, only there’s a little catch this time around. His baby-to-be’s mom happens to be married to another man.

According to Us Weekly, personal trainer Caroline Lindqvist is pregnant with the actor’s second child. The fitness expert is in the middle of a divorce from her plastic surgeon husband.

The 41-year-old was hired to train The Wedding Crashers star, but at some point they began an affair. Even though she is carrying his child, they are no longer a couple.

A source told the entertainment magazine, “Owen is very involved with the pregnancy. He isn’t in a relationship with Caroline, nor do they plan to be in one, but he is very supportive of everything. They see each other and talk often about what they want for the child. Owen is very open-minded about everything and has told Caroline he will do whatever he can.”

Ivanka Trump won’t reveal the sex of baby No. 2 >>

Wilson already has one baby mama, Jade Duell, who gave birth to his first child, son Robert Ford in January 2011.

While the actor told Jay Leno at the time that fatherhood was “very exciting,” his personal life should be even more interesting once he’s juggling two ex-girlfriends who both have kids with him.

There is no word on how far along Lindqvist is in her pregnancy or the sex of the baby, but The Internship actor is reportedly promising to be there every step of the way.