Progression, movement, energy: Three words Bronze Radio Return band members Chris Henderson, Patrick Fetkowitz and Craig Struble use to describe their American-roots sound. SheKnows sat down with three of the six members (in their van, no less) who discussed their favorite tracks, favorite television shows and their new album Up, On & Over. 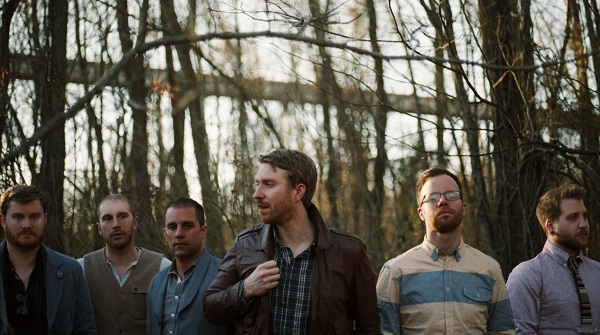 They’ve been featured on FOX Sports, countless television shows and commercials, and they’ve even performed for the president. For a band with such impressive credentials on their resume, it’s even more surprising that they’ve only known one another for five short years and yet have two full-length albums, with their latest album released just June of this year.

The sextet from Hartford, Connecticut boasts a traditional-meets-modern roots sound. But what exactly does that mean?

“With the records that we’re doing now, it’s incorporating new sounds, whether it be a new keyboard texture or a new form that kind of deviates off maybe a traditional blues form,” says vocalist, songwriter and guitarist Chris Henderson. “But it’s kind of a new look with music that we are listening to now mixed with music that we grew up listening to.”

The band received quite a bit of television exposure with their single “Shake! Shake! Shake!”, including commercials for Nissan Leaf and Behr Paint/Home Depot and stations that include HBO, ESPN, NBC, MTV, the CW, ABC Family, USA and more.

Even the single “Further On” off their recent album Up, On & Over has had its fair share of television exposure, picked up by FOX Sports for use in NFL, College Football, NASCAR and MLB broadcasts.

But if the band could hear any of their songs on television, they definitely have a few shows in mind.

“I’m a huge Jack Bauer 24 guy,” Henderson says. “So if there was ever a scene where Jack Bauer was kicking a**, and our song was playing behind it, that would be a crazy moment for me.”

“I’d have to say a new addiction would be House of Cards,” Fetkowitz chimes in. “I think there are a few songs that I would like to see. Maybe “World Spin, Home Spun” to show the softer side of the character because he’s always such a hard a**.”

As for Struble? “The Walking Dead would be awesome,” he says from the backseat, “especially during one of those epic scenes when a someone’s getting caught and eaten.”

And yet, with the exposure they’re receiving with “Further On,” it almost didn’t make it onto the album.

“It was actually a throwaway song,” Henderson says. “When we went back to the studio, my dad mentioned, ‘You know, I really like that song ‘Further On.’ You should really play that song.” And so they considered it. It was even the easiest — and most fun — song to write and record.

“I remember pulling out a bunch of different pieces of wood and seeing which one sounded best to stomp on,” Henderson recalls. “It’s a fun and easy song.”

But not all songs came together so effortlessly, especially one track in particular, “Melting in My Ice Box” — a song about wanting to hold onto something, but the moment comes and goes so quickly, it’s too difficult to retain.

“We were working on different feels, Rob had explored some really creative angles, our producer had different ideas,” Henderson says. “I remember we sat on it, worked on it, threw it away, came back to it and we ended up being really pleased with how that one came out.”

In all, though, the guys hope listeners take away one thing from Up, On & Over: progression.

“I hope our listeners say, ‘Wow, this band is continually progressing, introducing new sounds, introducing new song forms, they’re working hard, they’re trying to get the music out to us fans,'” Henderson says. “And we’re out there trying to make music that we really enjoy playing and creating, and hopefully people enjoy listening to.”

Here’s what they had to say: 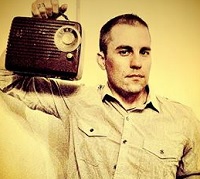 That explains our live show. 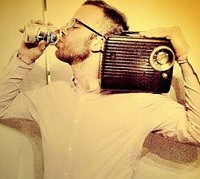 Dance, relax, soak it in, then dance a little more

If you are able to find your own balance, like in a show, or you’re willing to see that, then come see us — cause you would get it all. 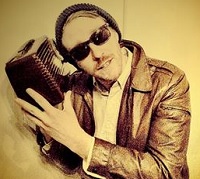 Even in our softer songs, I think we always try to have an element of movement, whether it be guitar fingerpicking or drum pounding, there is always something moving with our music.