Bruce and Kris Jenner’s separation wasn’t much of a surprise, but it looks like the split was completely amicable. Both sides are happily moving on with their lives. 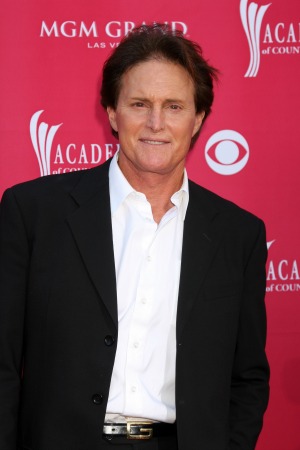 A break-up is always a tough thing, but for a couple who has been together as long as Bruce and Kris Jenner, it may just be time. Bruce Jenner spoke with People magazine about the split, and seems to be content with the whole thing.

“I’m doing great,” he said. “Kris is happy, I’m happy. Nobody is filing for divorce.”

Kris and Bruce Jenner before the split: 10 troubling moments >>

Kris and Bruce have been together for 22 years, and the Jenner/Kardashian clan is a close one. It doesn’t appear either Bruce or Kris will be going anywhere any time soon. The former Olympian said he will still appear on episodes of Keeping Up with the Kardashians, and will continue living at his place in Malibu.

“Kris has her own place and I have my own place. There’s no animosity. Everything is good,” he explained.

When the couple announced their separation, they said they will remain best friends and “family will remain our number one priority.”

As positive as Bruce sounds about the whole thing, he said his life will not be changing much, so don’t expect to see him dating any time soon.

Kris’ son, and Bruce’s stepson, Rob Kardashian added to the sentiment that the break-up is mutual and amicable. He explained to Entertainment Tonight, “[Bruce has] been in my life since I was 2 years old and that will never change, and the same obviously with my mom. Same with my sisters, there’s no bad blood.”

“Even between my mom and Bruce there’s no negative, bad blood,” he added. “I don’t think they can be in a happier place right now.”