What better way for Amber Tamblyn’s character Jenny to be a true Harper than to relive some of Charlie Sheen’s best Charlie Harper moments? 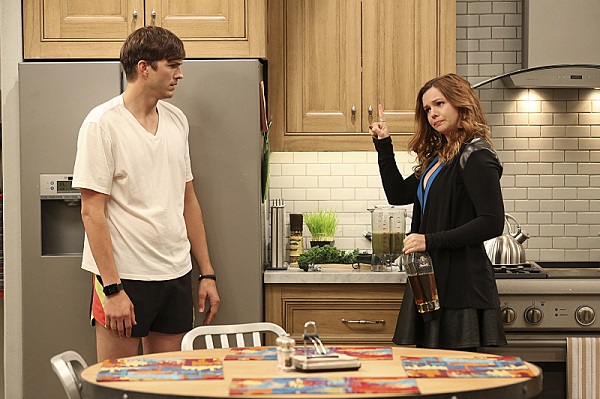 Jenny Harper (Amber Tamblyn) never got to know her infamous daddy on Two and a Half Men, but we’ve found some great Charlie Harper (Charlie Sheen) moments that we’d like to see Jenny relive, proving just how much of Charlie’s blood is flowing through her veins.

5) Charlie Harper throws up on a baby

It’s no surprise that in her initial appearances Jenny showed the Harper family penchant for drinking. Her grandmother, Evelyn (Holland Taylor), has already shown a great affinity for Jenny as a replacement for her lost son. Since both Charlie and Evelyn have tossed their cookies onto an unexpected baby, wouldn’t it be great if a hungover Jenny could be out at brunch with Evelyn where they could recreate this scene? Evelyn’s ability to share the tender memories with Jenny would be icing on the cookies.

What better way to get to know him than Jenny Googling her dad — only to come up with CharlieHarperSucks.com? She’d find out she truly is a chip off the old block!

Sign up for the newsletter! Don’t miss anything about your favorite TV moments! >>

3) Charlie chats with his therapist about women

Not only would Jenny visiting Charlie’s therapist be a great opportunity for another guest appearance by Jane Lynch, but since both father and daughter treat women with about the same amount of respect, they could practically duplicate the conversation. Jane’s reaction as the therapist would be a high point.

2) Charlie tries to feel his feelings

After a visit to his therapist, Charlie tried to feel his feelings. Jenny has proven to be as thick-skinned as her father. It would be amusing to see her sitting on the same couch, with Uncle Alan (Jon Cryer) walking in on the same scene, doing a double-take as his niece attempts the same exercise with as little success.

This is a favorite: Charlie dating a woman who, unknown to him, had an adult — bisexual — daughter! Recreating this scene with Jenny would be an instant classic. Not only would she be equally as surprised that her date had a daughter of an agreeable dating age, but to find out she was “testing the waters” and then to see them hug would immediately toss her mind into the gutter. Like father, like daughter!

Are there any scenes you’d like to see Jenny recreate? With Two and a Half Men, it seems the sky’s the limit!