Miley Cyrus teamed up with The Roots for an a capella version of her hit “We Can’t Stop” and it’s ridiculously good. 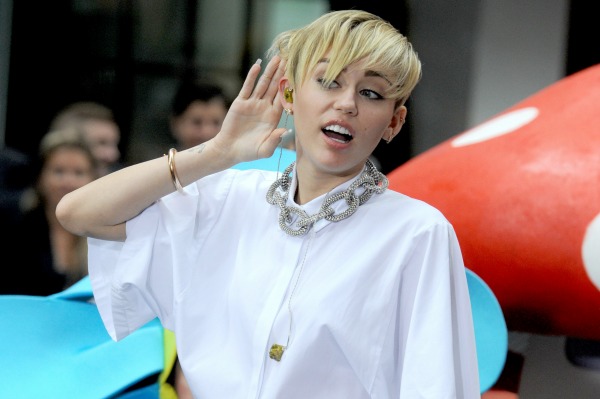 Tired of hearing “We Can’t Stop” yet? Too bad, because we’re about to blow your mind with this amazing new version of the summer hit.

Miley Cyrus teamed up with Jimmy Fallon and The Roots to create this fab a capella version of the song, complete with a Brady Bunch-style video. Bonus: No twerking at all from a fully clothed Cyrus!

While our favorite part might be Questlove chanting the lyrics, “It’s our party, we can do what we want,” the clip also highlights something that the original, highly Auto-Tuned single hides: Cyrus actually has a pretty great voice.

Earlier in the day, Cyrus tweeted a pic of rehearsals in Fallon’s Late Night sound stage, which apparently is in a meat locker or something equally as frigid.

Cyrus’ new album Bangerz was released this week and immediately hit No. 1 on iTunes. The first single “We Can’t Stop” was released in June, hitting No. 1 on iTunes and No. 2 on the Billboard Hot 100 chart. The track has sold more than 2 million copies in the U.S. alone.