Marilyn Monroe, one of Hollywood’s biggest sex symbols, is celebrated for her natural beauty. However, new information has revealed her beauty was not all natural. 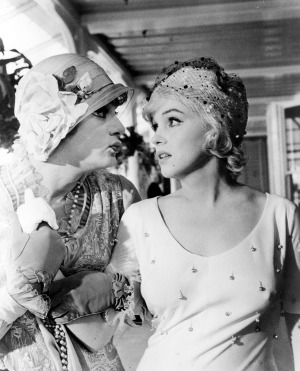 Marilyn Monroe is one of the most widely known Hollywood actresses and is still celebrated for her timeless beauty and style more than 50 years after her death at age 36 on Aug. 5, 1962.

So it comes as a slight shock to discover that one of the most beautiful women in history actually had a little cosmetic help.

The How to Marry a Millionaire actress’ medical history indicates that she had a cartilage implant in her chin, that was inserted in 1950 but began to gradually dissolve. She later approached Gurdin in 1958 complaining about a “chin deformity.”

The physician’s notes, which indicate a partial medical history and several X-rays, are dated for June 7, 1962. Monroe’s frontal facial bones, nasal bones and dental X-rays will now go to auction next month on Nov. 9 and Nov. 10, and they are believed to gather a fair chunk of change, ranging from $15,000 and $30,000 at auction.

Martin Nolan, executive director of Julien’s Auctions in Beverly Hills, California, the company who is overseeing the auction has said, ”Nobody really thought about Marilyn Monroe having plastic surgery.”

“It was always speculation — did she or didn’t she? They thought she was such a natural beauty, they didn’t want to believe.”

”Also at that time, going back to the 1950s, people didn’t go for plastic surgery procedures. This is very, very new.”

While the seller is so far unnamed and reportedly got their hands on these X-rays when they were given as a gift from Gurdin, they are not the first items of Monroe’s to go on sale. In 2010, a set of three chest X-rays from 1954 sold for $45,000.

We are sure there are plenty fans who would love to own these collectors’ items, although you cannot help but feel a sense of sadness…