Paris Hilton tried a music career once already and disappeared for seven years. She’s back with a new single, but will the song promise her a longer career in the industry this time around? 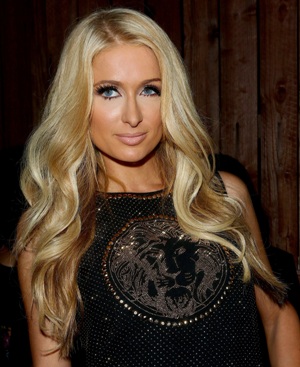 One thing is certain about this song.

The music video gives it all it’s appeal.

Not following? This entire track, every hook and every drop, relied on the music video to make it enticing. The music video is a good watch, whereas the song is forgettable.

I never felt so blah about a song until I heard “Good Time.” Even the title bored me. Using “good” to describe anything is a sign you lack creativity.

I didn’t want to hate on the heiress. Her older single, “Stars are Blind,” was phenomenal in my eyes. People wanted to criticize her, compare her to other queens on the scene, but I was impressed.

The day came when Hilton’s new single “Good Time,” debuted. (Regrettably, I didn’t even know she was making music anymore.) If at all possible, that made me even more excited to hear it. Giddy, I scrambled to YouTube. There I was, in front of my computer screen with my ears eagerly anticipating the first critical few lines. Sure, it was poor quality, but in a sad way, that helped me give her the benefit of the doubt.

What other songs do we recommend? Sign up for our newsletter to get some inspiration for your playlist >>

Later, the music video premiered. One positive note was that the girl looked amazing. She does not age, and she could be a model any single day of her life. That being said, between the “T-Pain”-like manipulation to her voice and heavy EDM influence, there was nothing. There was no meat to the potatoes of the track, if you know what I mean. I kept helplessly waiting for some variation in Hilton’s execution to kick in as each drop passed right on by.

Paris Hilton was a bad influence on this Backstreet Boy >>

Birdman makes an appearance with Lil’ Wayne. The latter serves his usual platter of babble, no more clever than usual. Poolside, they all party and it does make you want to get dolled up and let loose. A 10-foot tall robot adorns a couple scenes, and Paris throws down all the fun and glamour you’d expect from her. Signed to CashMoney records, we get to expect much more face time and hopefully more vocal time when her album drops in 2014.

My verdict? It’s a fluff track for your playlist. You know, the song to play while you’re figuring out what hit you actually want to hear. Then again, maybe I’m being far too harsh and am not in the right state of mind for it’s intended purpose.

The song is about partying. Shamelessly and happily partying. It mentions being drunk and maybe it’s best heard drunk. Give me a few days to try listening to it inebriated and I’ll post a follow up.

I’m trying very hard here to encourage you to listen to this song. After all, Afrojack produced it, so from a dance standpoint it’s not half bad. But Hilton has some talent. She’s not a Heidi Montag, folks. But I’ve been kind enough to include the music video, and not the single alone. Why? Because, at the very least, you get to watch Hilton’s glorious figure and perfect pout for the next five minutes.