Not too long ago, our leading punk-rock pop princess was married to Deryck Whibley of Sum 41 fame. Now, she’s hitched to Nickelback rocker Chad Kroeger. She’s out with a new song and it sounds like she’s dropping hints to her old flame. 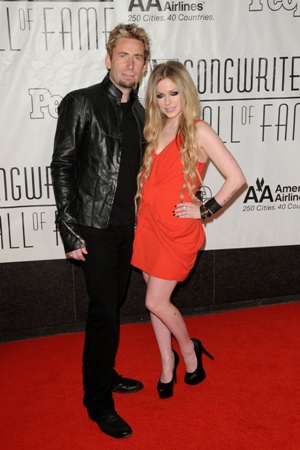 Avril Lavigne wouldn’t be the first and she definitely won’t be the last to write a song about an ex.

If this song is about ex-husband Deryck Whibley, I don’t think anyone would judge. Well, maybe he would.

Maybe I lied. We all would judge if we hadn’t been following Lavigne’s movements the past few months. All of a sudden we hear whispers of her remarrying, and now she debuts a duet with her new husband, about her old husband?! That’s messed up!

Lavigne made her presence known in music back in August, remember? >>

True fans and music lovers will know that Lavigne and Kroeger did not just hop into a studio together in the wake of their marital bliss to gloat and parade it in poor Whibley’s face.

Tired of being out of the loop on music news? Stay updated by signing up for our newsletter >>

The truth is, they went into this collaboration purely with the intentions to produce a song, and came out lovers! Lavigne, who often gets a bad reputation for being a drunken Brody Jenner lovin’ wild child, may in fact just be a hopeless romantic who bore her soul on this cathartic track. And in return, the vulnerability may have been exactly what she needed to make Kroeger entirely smitten (for hopefully forever).

What is this controversial track “Let Me Go” all about? With lines like, “Oh, there isn’t one thing left you could say I’m sorry it’s too late,” and a chorus like

It’s pretty obvious she’s speaking from a place of lost love. But hey, she’s found a new one, and they have a musical make-out on this track. If you’ve missed the Nickelback crooner, it’s a nice angry-raspy touch. An evidently meaningful ballad to Lavigne makes for a song that is worth the listen.

Go on, see what the hype is all about.