Ashley Judd raced to be at the side of her estranged husband Dario Franchitti after a nasty racing crash. Is the couple on the verge of a reconciliation? 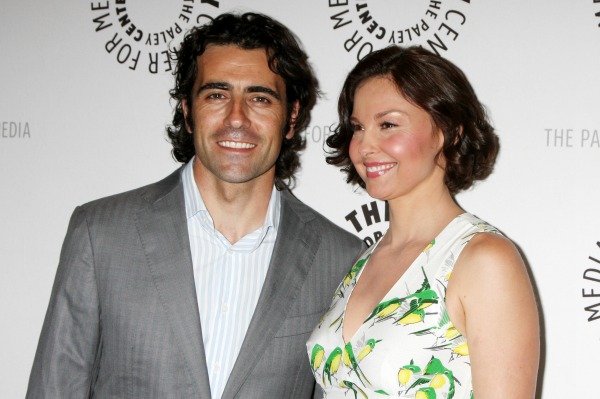 Dario Franchitti is thanking his lucky stars that he’s alive today after a terrible crash at the Houston Grand Prix left him and 14 others injured — but he’s far from suffering alone. The three-time Indy 500 winner is recovering with his estranged wife, actress Ashley Judd, at his side, leaving many to wonder if a reconciliation is in the works.

The couple, who announced their split in January 2013, reunited at the hospital after Judd tweeted to fans that she was rushing to her ex’s bedside.

Thank you for the prayers for @dariofranchitti I have only clothes on my back & the dogs but that's all that we need & we are on our way.

Franchitti suffered a concussion, a broken right ankle and two fractured vertebrae in the crash, and it sounds like Judd means to remain at his side through his recovery.

Amazed by the incredible outpouring of care & prayers. Thanks, everyone. Keeping our heads down here & doing what's in front of us to do.

She later retweeted a message to fans from the driver.

Thank you to everyone for all the well wishes. They mean a lot to me.

Even though nearly 10 months have passed since the couple publicly announced their split, neither has filed divorce papers — and Judd’s rush to the hospital is pouring fuel on the fire that a reconciliation is in the works.

“Of course, no matter what the status of their relationship, Ashley deeply loves Dario,” a source close to Judd told the Chicago Sun-Times. “From the looks of that crash, it was hard to believe he’d even survive.”

Franchitti and Judd wed in a lavish Scottish ceremony in December 2001. They have no children.