Khloé Kardashian is too afraid to file for divorce from Lamar Odom, but when she decides to pull the trigger The Game will be there to comfort her. 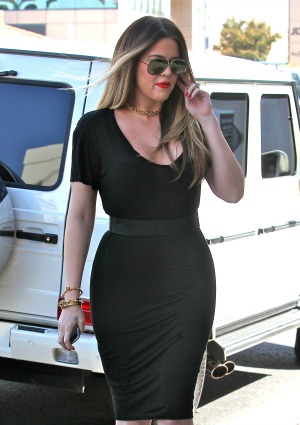 Khloé Kardashian knows her marriage is over, but is too afraid to serve Lamar Odom with divorce papers for fear he’ll go off the deep end and OD, sources say.

The reality star is struggling with her decision after Odom’s serial cheating and drug use came to light over the summer, including one mistress who claimed Odom smoked crack in her apartment.

Odom was later arrested on DUI charges and checked in and out of rehab in record time. He and Kardashian have been living separately ever since.

Now insiders say drugs are more important to Odom than his marriage, and Kardashian is afraid if she files for divorce it will send him over the edge.

“He still talks to Khloé every day, but his drug addiction is running and ruining his life,” a source close to the couple told RadarOnline. “He loves the drugs more than anything else, including his wife. He refuses to give it up. Sadly, the only thing that matters to Lamar is partying.”

If they do split, Kardashian won’t be sad and lonely for long. Sources say her good friend The Game is eager to step in and help quiet her broken heart.

The reality star “has been turning to The Game during her marriage woes with Lamar,” a source told RadarOnline. “He has been a great friend to her, and very supportive of Khloé.”

“Jayceon [The Game’s legal name] has made no secret that he has very strong feelings for Khloé, beyond friendship. Nothing inappropriate has happened, Jayceon respects the fact she is still married, but he is definitely waiting in the wings, hoping Khloé pulls the plug on her marriage to Lamar.”

“He is constantly playing practical jokes on Khloé, trying to make her laugh. He seems to be the only person in her life that can make her smile. He will continue to offer his support to Khloé.”

The Game was definitely not joking with the paparazzi last night when he threatened to get violent while protecting his maybe love interest. While leaving Tru Nightclub last night — where Kardashian had a hosting gig — the pair was swarmed by photographers saying foul things to get a rise out of them.

“Put your cameras down, or there’s gonna be seven broke cameras!” The Game yelled. “You thought Kanye was a problem? I’m a real problem!”