Lindsay Lohan has remained on the straight and narrow since completing her recent rehab stint. Now, the star intends to help others with her own rehab center. 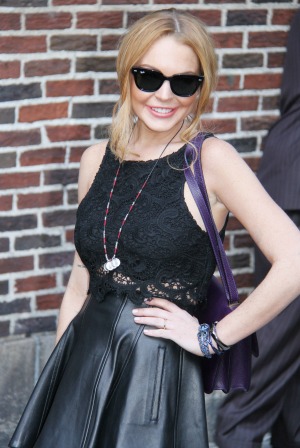 Lindsay Lohan knows what it feels like to hit rock bottom and since her most recent stint in rehab, the starlet believes she will be able to mentor others who find themselves in the same position.

The Canyons actress recently underwent 90 days of court-ordered treatment at the Cliffside Malibu Center earlier this year. However, the star is no stranger to rehab facilities and has racked up a total of six stints in rehab.

This time does however appear to be different, and the troubled actress seems to be dedicated to getting better and dedicated to helping others.

It has been reported that Lohan is interested in working with potential investors to create a new facility and promote sobriety.

Lohan has ended her wild ways and has not partied since leaving rehab. In fact, she appears to be committed to remaining sober and will air the trials and tribulations of her life with a new reality TV show, in partnership with Oprah Winfrey’s OWN network.

A source has revealed the Mean Girls actress’ supposed plans to Radar Online, saying, “Lindsay really wants to help other people and she’s talked to some of her wealthy friends who are sober about the prospect of opening up a rehab center.”

“She loves the idea and really believes that if her name is attached to it, it will help draw attention to sobriety.”

Having been treated and failing to remain sober on multiple occasions makes Lohan a poster girl for rehab and as she continues down the path of sobriety, she may just be able to get her message through to others.

The source added, “Lindsay is telling friends that she knows what works and doesn’t work when it comes to treatment.”

“She feels that she’s in the right frame of mind now to give advice to other young people who have their own problems.”

“It may never happen… but she is totally behind the idea and wants to give back after all that she has been through.”

Whether anything will come of this or it is all just speculation remains to be seen… but what do you think? Would Lohan make a good role model for those who find themselves battling with addiction?