Giuliana Rancic is optimistic about her future now that her cancer is behind her and she’s living a full life both on and off-screen. 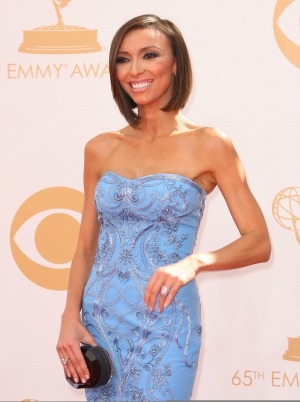 Giuliana Rancic is happy, healthy and living proof that there is life after breast cancer. In a new interview with CBS News, she talked about her life after dealing with such a dark issue.

She told the network, “I was very fortunate. Because I’ve gone public with the breast cancer, I hear a lot of stories and some are not as great as others. Whether it’s resulting complications from surgery… whatever the case, I hear it all. And I realize how fortunate I am… to have just kind of gotten out of there OK, because it is such a major surgery.”

The E! News host originally had a double lumpectomy to get rid of the cancer. Once she found out she had the breast cancer gene, she opted to undergo a double mastectomy later on.

Even though she is now cancer-free, she does have to stay on top of her health including “blood work every four months.”

“That’s really the monitoring I do. It’s just regular doctors’ appointments to make sure everything is OK,” said Rancic.

The man who helped her through it all was her husband, Bill Rancic. The Season 1 Apprentice winner was a rock throughout her illness.

“Bill was everything,” the Fashion Police host said. “My husband was everything throughout the process — from getting diagnosed till today. And I don’t know how I would have done it without him, I really don’t.”

She also recommends that anyone with a breast cancer diagnosis should research their options. Her path is not always the right one for everyone.

The 39-year-old TV personality said, “Listen, if you have breast cancer, it runs in your family or you have the gene and maybe you are thinking of having the surgery, talk to your doctor.”

She continued, “Maybe it actually might make sense for you. But there are a lot of scenarios where a mastectomy would not make sense. So you have to make sure you’re going to a good doctor, getting a second opinion, which was a big deal in my case, and just that you know what you’re getting yourself into. It’s not a glamorous surgery by any means.”

The one thing that did help her return to work quickly? The red carpet veteran admitted, “the makeup played a big part, getting my hair done… a pretty dress played a big part. But when I went home at night, I was recovering and it was a big deal what I was going through. The surgery is a major surgery,”